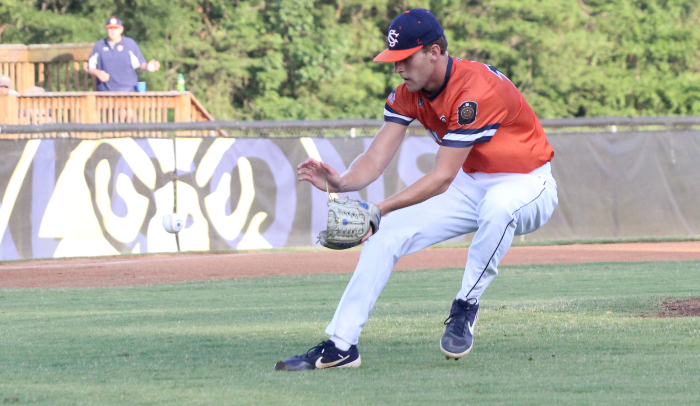 Stanly Post 76 took an early lead Tuesday in Game 2 of the team’s best-of-five series but errors led to a win for visiting Randolph County Post 45, 8-6.

Sells added his team’s defense “let us down” but said Stanly’s defensive efforts “has been pretty solid this season” until the last couple of weeks.

“We’ve struggled defensively and it’s definitely sent us down a path we didn’t want to go down. But we’re going to keep fighting.

Ryan Baucom took the loss for Stanly in relief of starter Jordan Howard giving up two earned runs in the sixth after Post 76 rallied to tie the game. Only one of the six runs Howard allowed were earned in five innings on the mound.

Post 76 took a 2-0 lead in the second inning. Brady Parker walked with the bases loaded Will Dagenhart delivered an RBI single.

Two hits and three Stanly errors allowed Randolph to score four times in the top of the third.

Colton Austin drove in a run in the bottom of the third to get Post 76 within a run, 4-3, but two more Stanly errors produced two more runs in the top of the fourth putting Randolph up by three runs, 6-3.

Stanly got a run back on a overthrow of first base in the bottom of the fourth, pulling with two runs, 6-4. Jack Foley then pulled Post 76 with one run when his ground ball to shortstop bounded into left field.

Hunter Sells tied the game with a looping line drive into center field scoring Carson Lowder, who had been intentionally walked earlier in the inning.

In the top of the sixth, a passed ball on a third strike allowed Randolph to retake the lead, then added another run on a sacrifice fly to center to lead 8-6.

Randolph can sweep the series Thursday night at home at McCrary Park with a win. Stanly could force a fourth game Friday night back at Joe Ferebee Field with a win.