Shop owners speak highly of CBD, the ‘cousin to marijuana’ 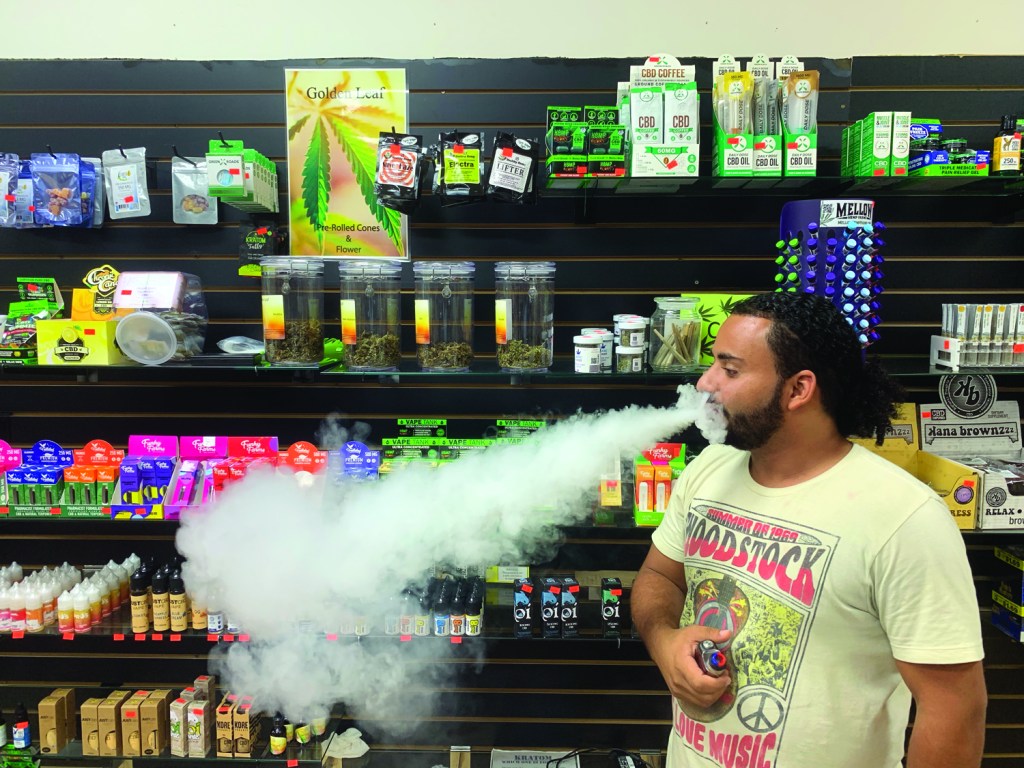 While North Carolina politicians battle to legalize marijuana, cannabidiol (CBD) is already being used as medicine by some Stanly County residents.

CBD is a compound extracted from cannabis and hemp. In North Carolina, CBD derived from hemp is legal, however, CBD from cannabis is not. CBD does not produce a psychoactive effect.

The compound is used to treat things like anxiety, insomnia, epilepsy and pain. A study conducted at the beginning of this year revealed 7 percent of Americans use CBD. That number is expected to grow to 10 percent by 2025.

While millions around the country are utilizing the drug, users should be wary about the spread of false information concerning it.

“There is a lot of misinformation about CBD,” said Nancee Bowers, owner of Albemarle Nutrition.

Bowers said since CBD is easy to obtain now, many business owners are starting to stock their shelves with it. CBD comes in many forms, including flower, oils, lotions and supplements. Earlier this year, Carl’s Jr. introduced a CBD-infused burger that was sold in Denver on April 20, a national holiday to celebrate cannabis culture.

The issue is consumers have no way of verifying which product is authentic. Some businesses are buying CBD, then adding chemicals to it. Some of those additives can have toxic effects on the body if too much is ingested.

“A real company would have a certificate of analysis,” Bowers said. “Also, you want it to be organic.”

Bowers says CBD became popular a couple of years ago. Originally, Bowers never planned to sell CBD products at her store, but she said when people discovered CBD worked well for them, the demand for it increased.

“I didn’t want to start selling it two years ago,” Bowers said. “My customers made me sell it.”

Since then, Bowers has used CBD oil to treat carpal tunnel syndrome in her arm. She said after a few months of treatment, her pain went away completely. After her arm healed, she used CBD lotion on her face and found that her face looked better the next morning. There are many uses for CBD, but that doesn’t mean it will work for everyone.

“There’s not one product that is just going to heal your body, stop the pain and miraculously cure you,” Bowers said. “It all goes back to your diet.”

CBD isn’t just for adults. According to Bowers, almost anyone except an infant can take CBD if they are experiencing pain.

“CBD is for adults, children and animals,” Bowers said. “A dog or a cat could use one drop.”

Many potential CBD users believe there are health risks associated with CBD, since it can come from marijuana. However, because CBD does not produce a “high” feeling, the risks are minimal. According to the Mayo Clinic, some minor side effects of prescription CBD include dry mouth, reduced appetite and drowsiness.

“I think with anything, if you took too much it would make you very nauseated,” Bowers said.

Drug tests are another concern when dealing with CBD. Some people think they can’t use it because they don’t want to test positive for marijuana. The reality is, drug screens test for tetrahydrocannabinol (THC), the chemical in marijuana that produces a psychoactive effect. In rare cases, there can be trace amounts of THC in CBD that can show up on a drug test as a false positive.

“Every time a customer comes in and asks for CBD, they giggle because they think it’s marijuana,” Bowers said. “I tell them, it’s the cousin to marijuana.”

Natalia Parillo, co-owner of Rock Sugar Apothecary in Monroe, says a common misconception about CBD is that it will get a person high. Parillo runs the shop with her husband, who teaches CBD classes at The Albemarle Marketplace.

“It will relax you, but it will definitely never get you high,” Parillo said.

“It’s making it a little bit hard for everyone to enjoy right now,” said Parillo.

Rock Sugar Apothecary is known for it’s CBD-infused treats, which Parillo prepares. She mentioned a time where a man, who claimed to be vegan, quickly downed one of her “CannaBrownies.”

“I’m not sure how much of a vegan he really is,” Parillo joked.

Under federal law, it is currently illegal to add CBD from cannabis to food and beverages.