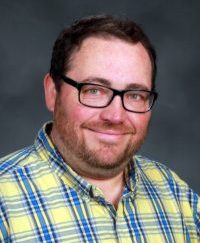 We have all been at a ballgame at one time or another sitting near someone who will not let up on the officials.

If you can honestly say the previous statements does not apply to you, then I hate to assert this but you might be the one doing the yelling.

In the interest of full disclosure, I may or may not at some point in my life when not working as a basketball manager in high school, announcing games at Pfeiffer or writing for the Stanly News & Press, have been at a game and expressed displeasure at the umps or refs.

When I was in high school behind the bench managing the Lady Jackets basketball team, I complained one time about a call. Quickly I received the correct reaction from Hayesville assistant coach John Thompson.

Anyone who knows me can attest staying silent for longer then five minutes takes all the concentration my little brain can muster.

Last year I wrote about the late J.T. Bost, an umpire who suffered a broken wrist at a North playoff baseball game. He wrapped up the injury and got back behind the dish a few minutes later.

Even after getting back behind there, comments continued about the officiating of the game.

The problem has become so bad one state has passed a new law about the abuse of officials at youth and recreational games which criminalizes the behavior.

Louisiana House Bill 184 provides for a fine of up to $500 and 90 days in jail for “harassment of a school athletic or recreation athletic contest official.” The new law also requires offenders to do 40 hours of community service and attend anger management classes.

People can be arrested under this statute while a game is being officiated or after the game in the vicinity of the contest.

North Carolina High School Athletic Association commissioner Que Tucker was recently quoted in the Charlotte Observer saying she did not foresee the association pushing for a similar bill in North Carolina after speaking to the board of directors of the NCHSAA.

Time and time again, the NCHSAA has tried to recruit new officials as many of the refs in the state are reaching retirement age.

I understand the frustration of coaches and fans when rules are not interpreted correctly or there is a legitimate disagreement on what just happened during a play.

Refs are not robots, though. They are human and make, I believe, honest mistakes.

You might not think it is hard work to crouch behind a home plate in 90-plus degree heat wearing full protective equipment, but I know I would not last two innings myself.

Coaches will always complain to officials; that’s just the nature of sports, whether it’s right or wrong.

However, when fans start in on refs, I always have one question: do fans truly believe yelling at an official will help their team’s own cause? I happen to believe most of the time (and I’ve seen plenty of games in 20-plus years in media) it does not help. All it does is add more stress to a job already laden with stress from the onset.

It’s one thing to complain about a bad call but yet another to make personal attacks on officials, which are to my mind immoral and unfair.

What concerns me (and should concern us all) is what happens when two teams try to put on a game without someone to officiate it.

Like the proverbial tree in the woods, if no one is there to ref a game, can there be a game at all?