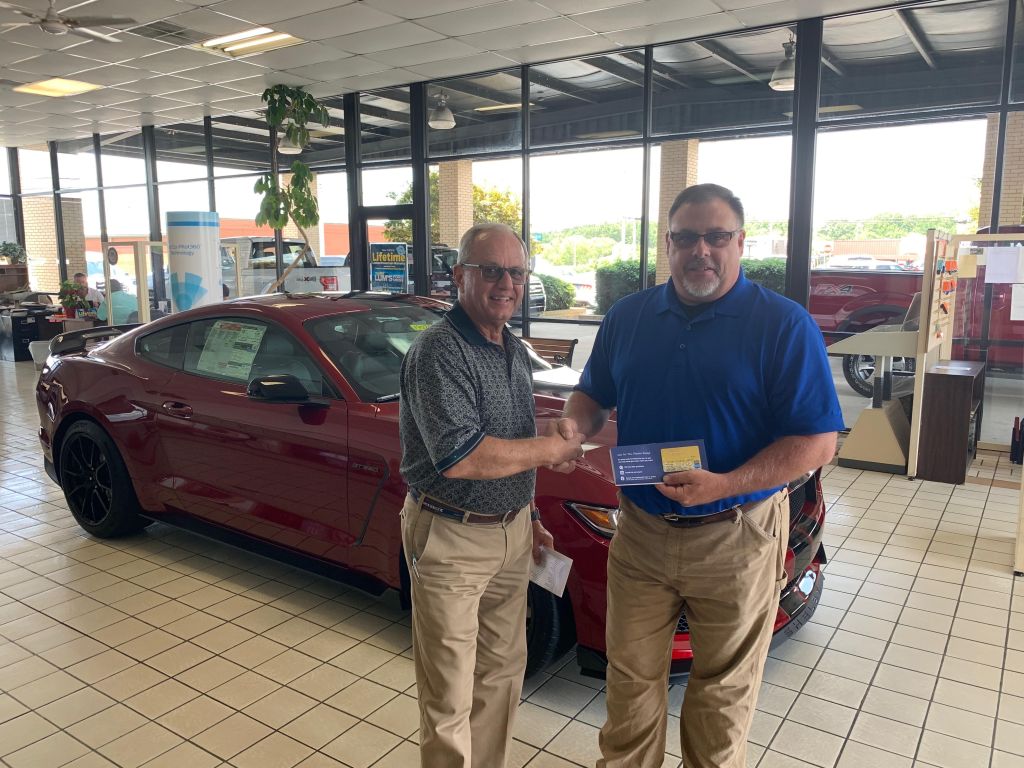 East Albemarle Elementary School second-grade teacher Jeff Little was presented with the Dealer’s Teacher of the Year Award at Lum’s Ford on Tuesday.

The award, presented by the Greater Charlotte Auto Dealers Association, included a $600 gift card for Little. As part of the award, the association donates money to the Stanly County Family YMCA. The organization also gives a scholarship to one child of a dealership employee, valued at $4,000.

“It’s humbling for teachers to be acknowledged,” Little said when he received the award. “It’s just affirmation that people appreciate what we’re doing, and the hard work we put in.”

Little has been teaching for seven years. He said one of the reasons he began teaching was because of his natural talent working with children. Others noticed Little’s skills, including his wife and his former coworkers.

“My wife put me back through school,” Little said. “She wanted to help make it happen. Without her, I never would have been a teacher.”

Little also attributes much of his success to his students. He said the reason he is still teaching is because of them. Through teaching, Little said he is able to connect with his students on a deeper level.

“Without them, I couldn’t have achieved anything,” Little said. “I just want them to know I love them.”