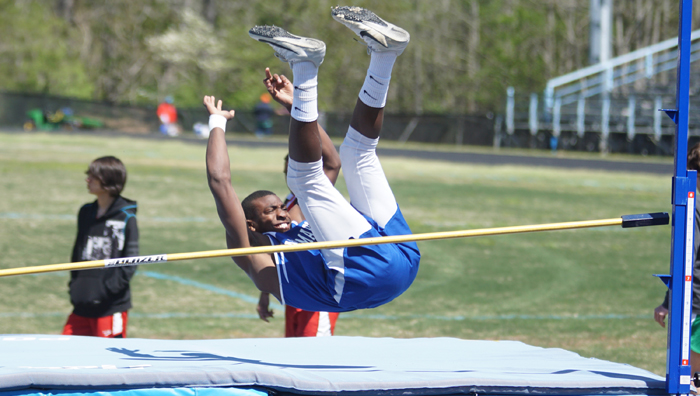 Former high school track athletes from Stanly and the surrounding counties have a new chance to relive days of old while finding new competition.

Shawanna Cook, a 2012 Albemarle High School graduate working with AHS officials, has scheduled a new fundraiser for the school to get new track uniforms.

The inaugural Stanly County Alumni Track Meet scheduled for July 27 at Albemarle will bring together athletes from around the area including Montgomery and Anson counties to compete against former Stanly track athletes.

Cook said she wanted to do something positive for the school to counteract the “negative perspective” some may have about Albemarle.

Playing three sports at Albemarle (volleyball, basketball and track), Cook said she the event will be “really good for the community to come together with others and show good sportsmanship.”

The event started as a Stanly-only event before current Bulldogs men’s track coach Bernard Henry suggested in opening the competition to former athletes from surrounding counties.

Cook said she chose track in order to allow male and female athletes to participate which would benefit a program at Albemarle which has had success at the state level. For the past three seasons, the 1A state title winner of the 300-meter intermediate hurdles has worn the royal blue of Albemarle, including last year’s winner, Somajhe Porter.

“My hope is to continue this event and get community support and to show good leadership to students,” Cook said.

Participants for the upcoming event, 48 so far as of Tuesday, will be paying $20 to compete in an event or $15 as part of a relay team. Ages for competitor can range from 18 to 65 years old. Cook said she hopes to have 100 participants for the competition.

An interest meeting for the event has been scheduled for Friday, July 26 at 6:30 p.m. at the AHS gym.