CURCIO’S CORNER: Losing another of the all-time greats 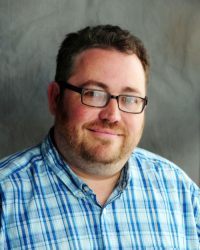 I was saddened this week with the passing of Nick Buoniconti, one of my favorite members of (in my opinion) the greatest NFL team of all-time, the undefeated 1972 Miami Dolphins.

Others may argue their teams had more talent (and it is hard to argue they are not right) but until another team runs the table and wins the Super Bowl, I contend they are still the best.

Even though his first six seasons were spent playing for my least-favorite team (the one in Foxboro who like He-Who-Must-Not-Be-Named I will not name), Buoniconti was a stalwart of a defense which did not need a nickname.

Some can take the Steel Curtain or others; I’ll take the No Name Defense anytime. They allowed 12.2 points per game (18 TDs in 14 regular-season games) picking off 26 passes in a run-first era.

I admit it was a different era of football and a lot of factors have to come together for success at a high level to happen, but those Dolphins had it all.

Along with the defense, they led the NFL in points scored and had two 1,000-yard rushers, Larry Csonka and Mercury Morris, in three less regular-season games again.

Beyond his time playing with Miami, I was always most impressed with what he did after the tragic incident with his son, Marc, who was paralyzed making a tackle while playing for the Citadel in 1985.

The Miami Project to Cure Paralysis, co-founded by Buoniconti, has raised around $500 million in funds for neurological research.

His life, like so many others who played in the early days of the NFL, turned tragic later in life because of health issues.

He was diagnosed with dementia four years ago and agreed to be part of the ongoing study at Boston University into the relationships between brain injury and chronic traumatic encephalopathy, a degenerative brain disease.

The figure I found online stated that of the 111 former NFL players examined by the study, 110 of them had traces of C.T.E. in their brains.

Considering Buoniconti practiced briefly as an attorney and was on the HBO series “Inside the NFL” for 23 seasons, it is a cruelty to think someone so well spoken would later be unable to speak plainly.

I have always been an NFL fan since I can remember, sitting next to my father for years watching Miami on television. My father was also an original season-ticket holder for the Dolphins starting in 1965 until we moved in the early 1980s.

Which is why it makes it harder and harder for me to continue to be a fan of a league which allowed its most valuable asset, the players, to be battered around for so long then fought tooth and nail to ever admit any knowledge of how much of a toll was being exacted from players.

Even if the NFL will have to continue to pay out to former players, to the tune so far of nearly $500 million, the cost in people’s lives has been too much.

Many NFL players do amazing things with their stature gained from playing the game, like Buoniconti or the local example of Greg Olsen and what he has done for Levine’s Childrens Hospital.

Even closer examples in Stanly like Denico Autry, B.J. Hill and R.J. Prince coming back to give back to their communities shows there is a positive place in our lives for professional football.

It is my hope that the NFL will stop worrying about the bottom line in a ledger sheet and help the players who helped make the league so valuable.