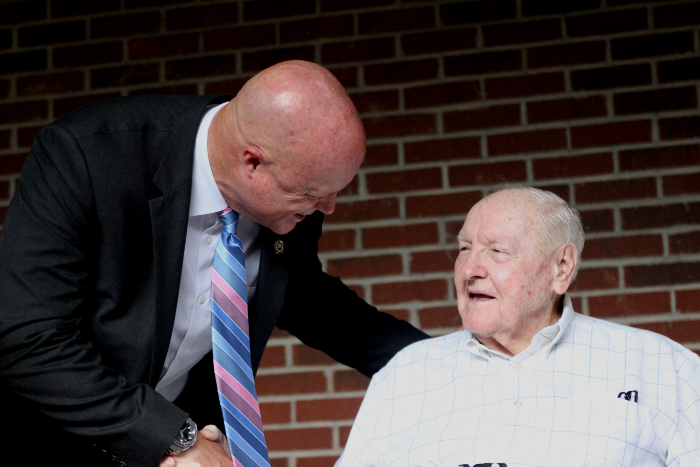 On Saturday afternoon, members of the Stanly County law enforcement community along with county and state representatives honored former Stanly sheriff Ralph McSwain with a ceremony to rename the local jail in his namesake.

For more images from the ceremony, click here: https://photos.thesnaponline.com/Ralph-McSwain-Jail-Dedication