Stanly anglers get hooked on sport on pro, amateur tours 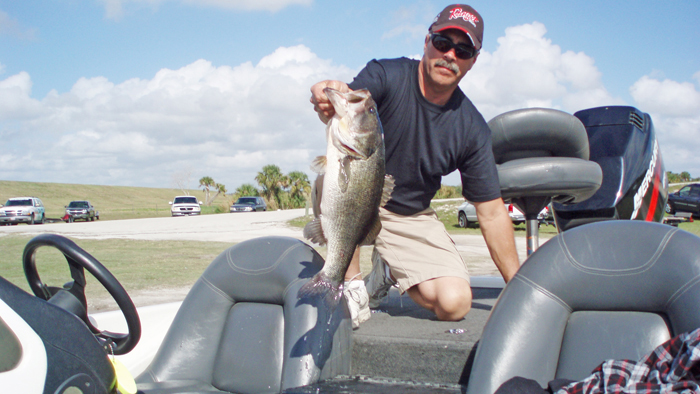 The sport of competitive fishing continues to lure in new participants every day, but some say the Charlotte area has some of the top anglers in the country.

The T-H Marine Bass Fishing League is one of the top amateur competitive leagues. Several Stanly County residents participate in the BFL and have gone on to represent the county and region in national competitions.

Kevin Chandler, referred to as “K.C.” on the lakes by some of his competitors, has fished in several different regions including the Piedmont region.

Each division have five tournaments starting in February, usually one-day events, earning points for each finish.

The divisions then host a two-day final event in September where the top 50 in points move on to regionals.

In regionals, there is no entry fee, but only the top six from each region compete in the All-American, which Chandler described as “an elite event.”

Chandler has made nationals twice, finishing sixth in 2002 and 17th 2004, and also finished as high as second in the divion and fourth at regionals twice.

The top prize at the All-American is $100,000 along with contigency money, a type of bonus depending on different aspects. All total,

“You’re always driving to go back to the All-American,” Chandler said. “You always want to get back to earn a lot of money.”

Chandler said he fishes a lot of team tournaments with his sons, Colby and Bradley.

“I really love fishing a draw tournament. There is a boater and co-angler division.”

By computer draw, pairs of fisherman, a boat owner and a co-angler, go out on the lake competing against others in their own division, not against each other directly.

Chandler said he does it because of the competition and a chance to win the money.

Many of the fisherman he grew up competing against have retired, he added.

The BFL tour was designed for “the working man,” Chandler explained, a league owned by Fishing League Worldwide.

Similar to NASCAR’s Monster and Xfinity Series, the FLW has two professional levels, with many former professionals competing at the BFL level.

One local resident, Ron Wolfarth, quit his job in 2004 to take up professional fishing fulltime. He missed the cut for the Forrest Wood Cup that season by one or two places, he recalled, and a chance to win $300,000.

Wolfarth quipped about professional fishing as being similiar to a “disease” adding “it’s life changing, life altering. Probably 90 percent of the people fishing is all they want to do. That’s why they function. It’s that addictive.”

The Pittsburgh native, who moved to Stanly in 1987, said some of the BFL participants “spend every nickel that they have extra” to be in the competition.

Fishing in the pro leagues can overtake you, Wolfarth said, but “when times get tough, (fishing) gives you something to think about, something to be involved with.”

Owning his own business, Service Electric and Control, allows Wolfarth to particpate in the BFL and set his own schedule.

Wolfarth said being successful on the tours is a combination of experience and technology.

“There is some natural ability involved with it…we have so many proficient (fishers) doing it right now.”

He also pointed to the growth of high school and college fishing leagues as creating future tour competitors. Wolfarth, has been fishing compeitively since 1987.

Experience plays a factor in success at bigger tournaments, Chandler said. His first tournament was in 1980 after graduating from North Stanly the year before.

Another local angler, Dusty Clontz, said quality fisherman show up for local tournaments but “the ones that are the best fisherman is going to be the one that pays the most.”

Clontz, who has also reached the BFL nationals twice, noted the All-American has around 50 competitiors out of something like 77,000 participants.

“We all keep a book. Every time I go fishing, I write in my book,” Clontz said, noting the conditions during the tournament and what works or did not work that particular day.

“I can look at the water channel with these and remember what worked in the past. It’s in my book.”

Clontz said anyone catch fish but the challenge lies in being able to determine where the fish are in the lake.

An athlete in high school, Clontz said he is drawn to the BFL because he can not play basketball any more but he can still enjoy the thrills of competition.