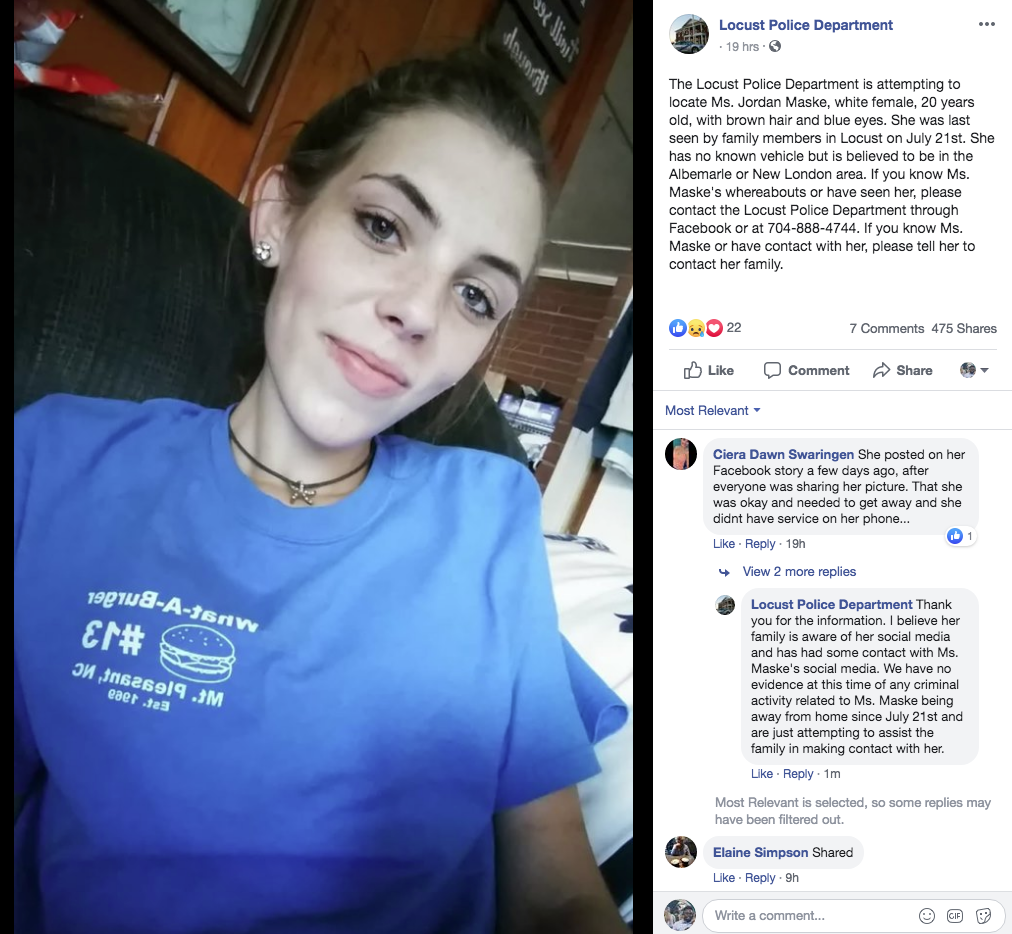 The Locust Police Department said 20-year-old Jordan Maske is safe after she contacted her family through social media. 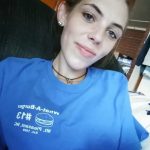 Maske was reported missing on Monday. According to a post from the Locust Police Department, she was last seen by family members in Locust on July 21.

Locust police said Maske reached out to her mother on Facebook Tuesday, confirming she is OK.

Police said they are not conducting an investigation.