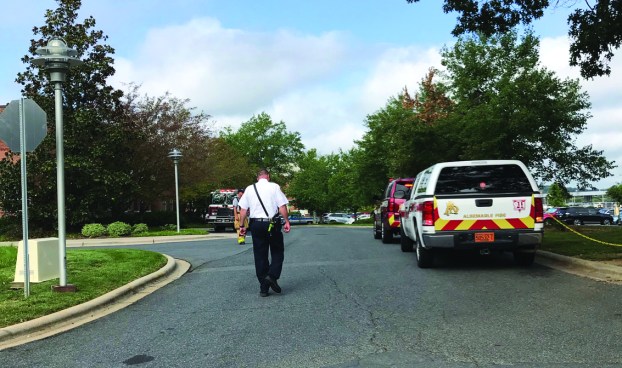 Albemarle Fire Marshal Michael Roark heads back to investigate a report of smoke at the Levine Cancer Institute Wednesday morning.

“Right now they are just trying to figure out where it’s coming from,” Michael Roark, fire marshal for Albemarle, said of firefighters at the scene.

In many sports like volleyball and basketball, height is an intangible which successful teams normally have in great quantities. North... read more