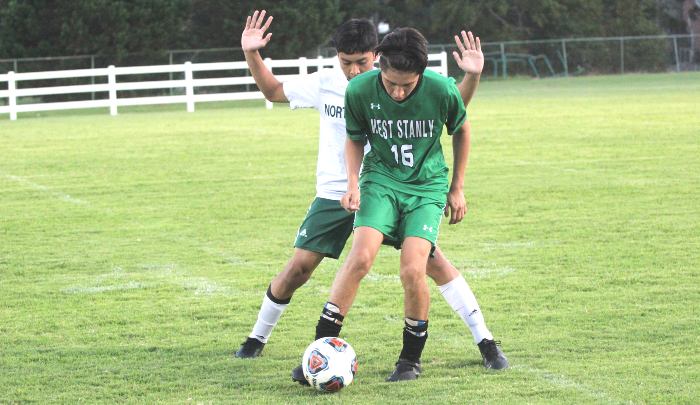 The senior forward scored twice as the Colts improved to 3-2 on the season with a 3-1 win over the Mustangs.

West took an early lead in the 12th minute on a Noel Medina goal, then Zelaya headed in a goal in the 46th minute putting West up, 2-0.

Zelaya ensured the win with four minutes left corralling a long pass and tapping it past the Mustangs keeper for the final tally of the night.

“It was a good ball,” Zelaya said. “I got a little lucky but I finished.”

The senior forward said 2019 could be a good season for West Stanly.

“I feel like we have it in us. We just have to pull it out and play as a team,” Zelaya said.

“He gives us a counter which let us build (our offensive attack),” Osorio said. “He motivates everybody. When he makes those runs, the younger players want to play like him, not only at games but at practice.”

The Colts avenged an earlier loss to Langtree with the win.