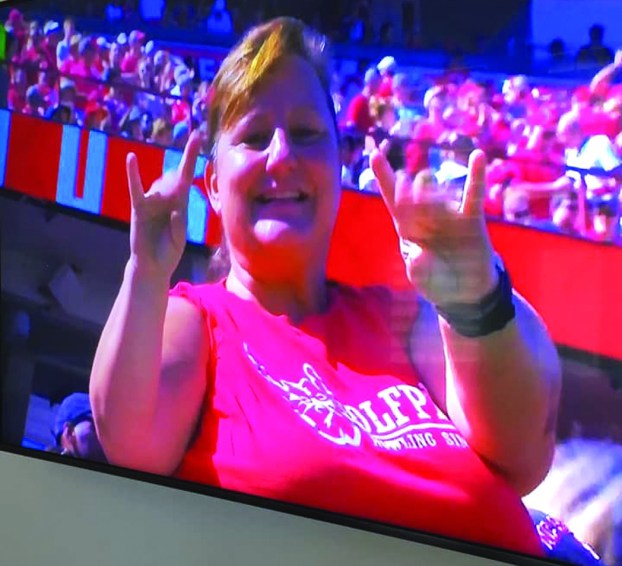 Anson County teacher and Norwood resident Kim Ingold died in head-on collision on her way home from an N.C. State football game. This photo is taken from a game last fall. (Facebook)

Kim Ingold, who just turned 50 on Friday, was killed when her Mazda was hit head-on by a septic pumper truck driven by Bethany Haywood, 28, of Troy, according to N.C. Highway Patrol Trooper N.J. Talley. Prior to hitting Ingold’s car, the truck sideswiped a Nissan Altima driven by Tiffany Jeffries, 43, of Raleigh, Talley said.

Haywood was around 1.7 miles east of Biscoe traveling east on N.C. Highway-24-27 when she crossed left of center, hit Jeffries’ car and then Ingold at 3:07 p.m., Talley said.

When Talley interviewed Haywood, she said she didn’t remember what happened.

Haywood had a broken left ankle and minor injuries, Talley said, while Jeffries and her brother were uninjured.

More on Ingold will appear later at thesnaponline.com and in the Tuesday edition of The Stanly News & Press.

The West Stanly double-wing offense, a run-oriented approach to football, was on display Friday night in a big way for... read more