#ThrowbackThursday — A brief history of Locust 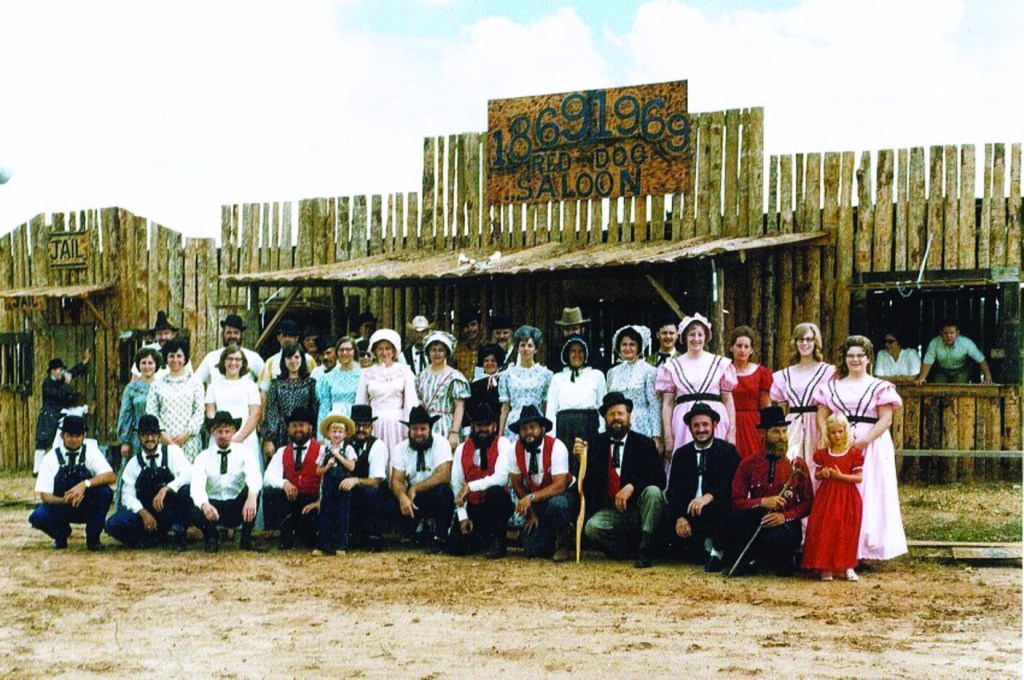 Community members celebrate Locust’s 100th anniversary during 1969. A similar wooden structure has been erected for the 150th celebration this weekend. (Contributed)

A number of weeks ago I shared the story of how the city of Locust first got its name with the establishment of the post office in 1869. Today’s article is a very brief continuation of its early history.

According to the 1969 Locust Centennial Celebration program, at first the town had a doctor, but there were no schools or churches in town. The nearest were about a mile to the south.

The Curlee brothers, who had help found the city, had a large general store. Most of the other residents were farmers. Over time, however, other businesses were established. Several examples include the first blacksmith shop which opened in 1872 and the first cotton gin in 1887.

By the 1890s, the city had a liquor store, a barber shop, a florist and a jewelry store, among other businesses. The first 20 years of the 19th century saw the establishment of an ice house, a grocery store and a casket business.

The community saw a decline as many residents began to work in the textile mills primarily in Concord and Kannapolis. Transportation was limited which led to many people moving away.

In 1969 a big event was held in Locust to celebrate its first 100 years. A part of this celebration involved the construction of the slab building seen in today’s picture. The town will have a 150th anniversary celebration this weekend.