A former Stanfield Elementary School secretary will be under probation for 24 months after plea arrangements were made regarding felony embezzlement charges.

Joanna Love, nicknamed “Jody,” was charged with embezzling funds for personal items purchased with a school-issued Wal-Mart credit card. The criminal charges covered a period where the card was used from the spring of 2017 to October 2018. 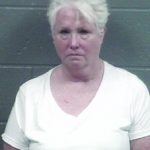 As of court papers filed July 30, Love received deferred prosecution, meaning once terms were met in the plea arrangement, in this case restitution of the funds, in 12 months the charges would be dismissed.

According to attorney Charles Brown, in January Love paid full restitution of $5,731. No fines were levied in the case, but Love had to pay court costs.

Love, who had been employed 17 years with Stanly County Schools, will have supervised probation for 24 months, but those could change to unsupervised after 12 months.

Brown said Love had received numerous calls and letters supporting her for her years of service to the community, noting her husband’s health had deteriorated for about 10 years before he passed Oct. 13, 2018.

He mentioned the charges came due in part to using the school card for personal items but also noted on her personal card she purchased many items for the school.

“It was a lot of accounting going back and forth,” Brown said.

Brown credited the work of district attorney T. Lynn Clodfelter and his firm’s associate, Jim Senter, for being able to work out what Brown said was a just outcome.

“Stanly County Schools was lucky to have a person of her integrity,” Brown said of Love’s work with SCS before formally resigning in December 2018.

“She was a highly respected individual…many referred to her as being ‘the heart of the school.'”

Stanly County Schools Superintendent Dr. Jeff James said via email, “Since this ruling came from our court system, I feel (it is) unfair to comment. We continue to keep Miss Love in our prayers and thoughts.”