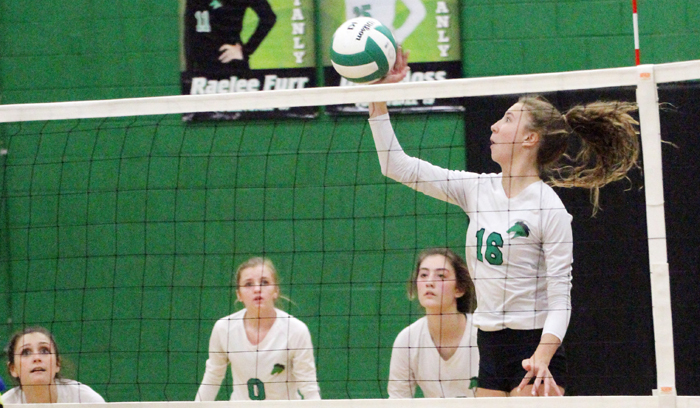 Saturday’s volleyball rematch in Red Cross saw the West Stanly Colts host a North Stanly team which had won 17 in a row to start the season.

“We came in ready for a rematch,” West head coach Stephanie Dutton said. “Both defense and offense came in and successfully executed (their jobs) with very few hitting errors and fantastic defense from blockers and passers.”

Dutton added blocking was a factor in the win. Senior Raelee Furr had four double blocks while  slowing down North’s outside hitters, according to Dutton.