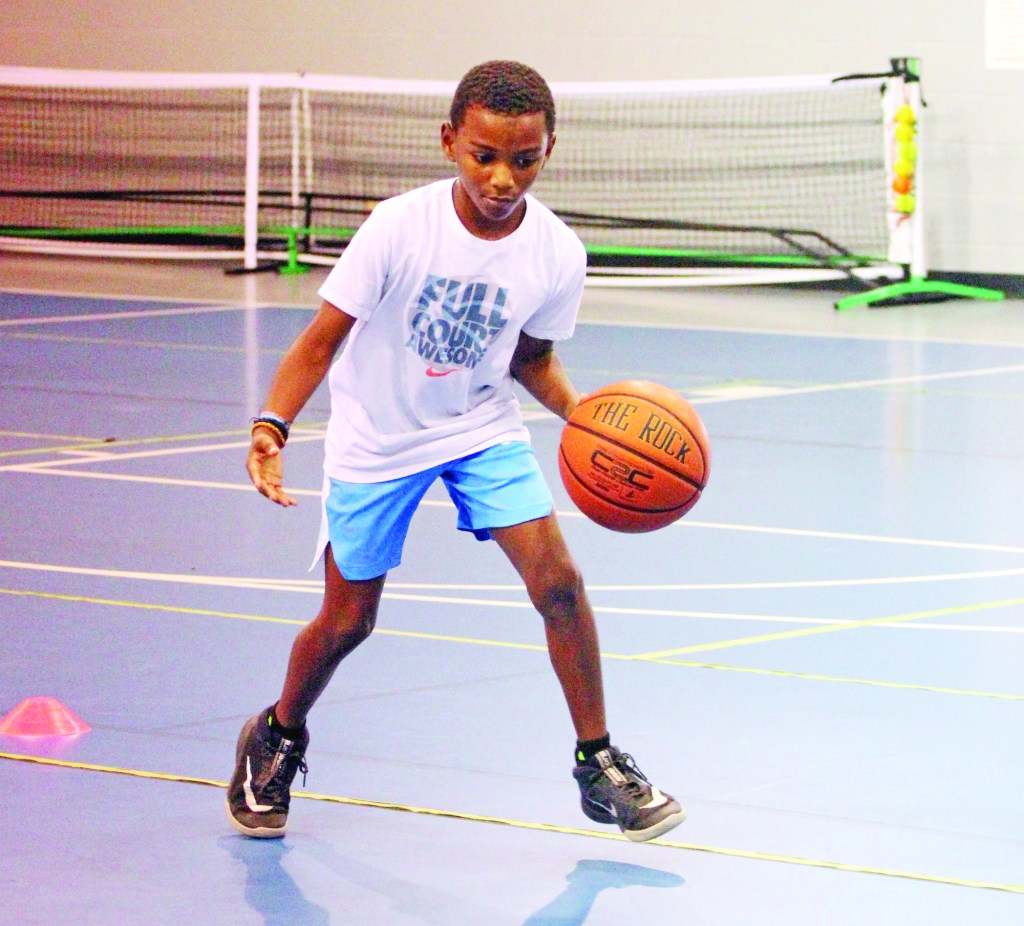 Malachi Norton works on his ball-handling skills at this month’s youth basketball camp hosted by the E.E. Waddell Center.

Teaching the next generation the finer points of basketball, a month-long skills clinic hosted by the E.E. Waddell Center looks to show young players the right way to play the game.

Brent Kirven, director of the event, said a total of nine youngsters have particpated so far, with the lower numbers allowing more one-on-one atteniton.

“It allows us to be very hands-on and give each child individual attention. This is a basic skills and drills program, so the kids are just learning to play,” Kirven said.

Admitting to loving the game of basketball, Kirven said it’s been wonderful to watch the excitement of playing the game.

“It is exciting and rewarding to watch them use basketball language and begin to instinctivley do things they were just learning a couple of weeks ago,” Kirven said.

“It is also amazing to start seeing their athleticism. The more confidence they gain, the more willing they are to try new things.”

Basketball, Kirven said, can help children to learn valueable life skills of hard work and working as a team.

“It t can also help a young person develop self-confidence and a sense of personal accomplishment, provide a safe and supportive environment and put them in contact with caring adults. Basketball can also be fun and every child needs a little fun coupled with physical activity,” Kirven said.

The current camp runs through Oct. 30 but plans are in place to run another session in the spring. Cost of the current camp, with hour-long sessions on Mondays and Wednesdays at 4 p.m., cost $10 per week.

He also hopes the kids develop a can-do attitude they can build on as they grown and develop.