Berry’s envy led to his addiction

After getting kicked out of school, Marcus Berry had one goal.

He wanted to be the biggest drug dealer in Charlotte. 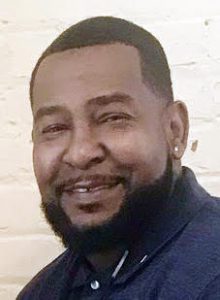 Born and raised in the Queen City, Berry said he had loving, devoted parents who instilled in him quality values.

But around eighth grade, Berry encountered drugs for the first time when one of his friends introduced him to marijuana.

He recalled that he and his friend laughed and had the munchies.

“I was pretty much addicted right then to the feel,” Berry said.

He began drinking beer as well.

During his freshman year at Olympic High School, he saw many of his classmates wearing fancy jewelry, surrounded by attractive girls. Intrigued, Berry asked them what they did to get enough money to buy the jewelry. They told him they were selling cocaine.

Influenced by his peers and their lives, Berry obtained cocaine from a friend, who introduced him to various customers.

Berry would sell the cocaine in his neighborhood after school. He made enough money to buy his first car his sophomore year. He would also buy his family gifts.

Though he knew selling was wrong, he would rationalize it as a way of financially supporting his family, especially his younger sister, for whom he would often buy clothes.

He knew his parents had provided a solid life for him and he didn’t have to resort to selling drugs, but the allure of his newfound lifestyle, replete with the money, jewelry and girls, was too much for him to overcome.

Though he continued to drink and smoke marijuana, Berry only sold cocaine. He never smoked it.

That changed his junior year, when curiosity got the best of him. With so many people buying cocaine from him, Berry wondered about its power.

So he found out. Berry added cocaine with his marijuana and smoked it.

It blew him away.

“The rush and the feeling was out of this world,” he said.

It gave him a buzz “amplified plus 10” compared to the normal buzz he got from smoking marijuana.

During the end of his junior year, Berry transitioned from marijuana and started exclusively smoking cocaine. His money started deteriorating because he was now using his own product.

Though he said he did not know how he did it, Berry continued to go to school, play basketball and baseball and even work a part-time job — all while selling and smoking cocaine. He wasn’t necessarily thriving, but he was surviving.

But during his senior year, the harsh realities of life descended upon him at the most inopportune time.

Berry had a baseball scholarship to Coastal Carolina and was a few months away from graduating when he was kicked out of school for selling a student marijuana. One of Berry’s classmates got caught with marijuana and told officials about Berry, who at the time was also in possession of cocaine.

He was most disappointed that his parents found out about his drug addiction.

“They were so hurt,” he said. “My dad was so heartbroken because he had instilled everything in me.”

He went to jail for a short time before his mother bailed him out.

Berry was embarrassed “because I knew I knew better.”

Though he later earned his GED, he never graduated with his classmates from Olympic.

Once Berry was kicked out of Olympic, he declined going to an alternative school to pursue his diploma and instead spent his days on the streets of Charlotte selling marijuana and cocaine.

Berry said when he was growing up in the early 1990s truancy wasn’t as big of an issue as it is today.

Though his parents wanted him to attend the alternative school, they understood he was an adult and could make his own decisions.

Berry had a clear mindset and goal.

“Now that I’m out here (on the streets) I might as well become the biggest drug dealer in Charlotte,” he said. “That’s what I wanted to be. My baseball dreams were shattered.”

He continued to sell drugs on the street with friends for about a year and a half.

It all came to a screeching halt in 1990 when unbeknownst to 20-year-old Berry, he sold cocaine to an undercover cop. A sting operation was set up with a van around the corner. As Berry was driving away in his car, seven or eight officers hopped out of the van, pulled a terrified Berry out of the car and arrested him.

“It was so scary, it was like something you see on TV, but it was real life,” he said.

He said all the time spent on the street and feeling like a “big bad dude” did not prepare him for his arrest.

Handcuffed and crying, Berry was taken to the police department. He was later placed in jail on a $1,000 bond.  His parents did not come to the jail to provide bail. Instead it was one of Berry’s drug dealing friends that ended up providing the money for his bail.

Even though he knew he would soon be going to court, Berry recommitted himself to selling drugs on the street.

About six months later, Berry went to court and was sentenced to 10 years in the Polk Youth Center in Raleigh. His sentence was eventually reduced to 15 months.

He was in court with a lawyer, but his parents, who did not condoned his actions, were not in attendance.

When he arrived at the center, he saw many of his former high school classmates and his drug dealing friends. He felt a sense of security after seeing familiar faces.

“It was like we were having a family reunion,” he said.

During his time at Polk, Berry never tried to rehabilitate or improve himself. He was focused on getting out and getting back on the streets of Charlotte selling drugs — except this time, he wouldn’t get caught.

His incarceration, he said, was simply a small road block in the grand scheme of things. His goals were still very much in front of him.

“My mindset was when I get out I’m going to do it again,” he said. “I’m still going to be the biggest drug dealer in Charlotte.”

Berry ended up going back to prison three or four more times for selling drugs.

He eventually stopped selling and took numerous cooking jobs in Charlotte, but he still smoked cocaine.

His addiction repeatedly interfered with his jobs. He would often smoke after getting paid and would simply not go to work the next day.

“The addiction part of it will keep you from being the best,” he said. “Whatever craft you’ve got, you won’t perform well.”

He was working as hard as he could to feed his addiction.

“I was really working for the drugs at that time,” Berry said.

Drugs took a priority over his jobs, family, friends and relationships, all of which deteriorated. His addiction became the most important aspect of his life.

“The addiction takes over everything,” he said. “We become self-centered and we don’t think about anyone else.”

His addiction ruled his life and ultimately became his God, he said.

Coming This Weekend: Part 2 — Marcus Berry spent almost 30 years smoking and selling cocaine and marijuana on the streets of Charlotte before getting treatment and eventually working at Monarch in Albemarle. Find out how he now helps others battling addiction.