Fort remembered for link to Carter, work for county and 2,000 babies 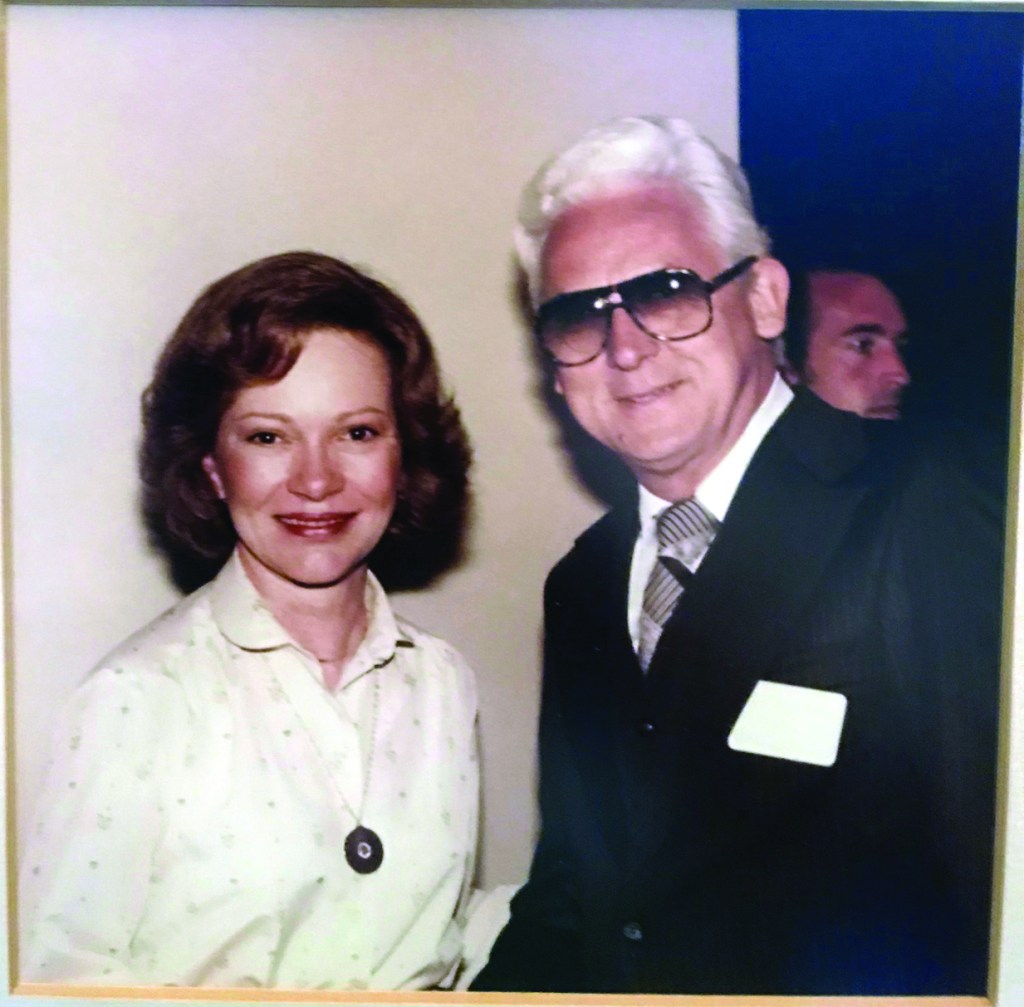 Less than 30 miles separated their two small Georgia towns, but a love of basketball and peanuts would bring future president Jimmy Carter and future doctor Wilkinson Davis Fort together and lead them both on a path of service to others.

Fort, a retired Albemarle physician, died Oct. 18 at the age of 93. While the 95-year-old Carter recovers from a fall Monday, family and friends reflected this week on Fort’s career and how he impacted Stanly County and beyond.

Fort and Carter played on the basketball teams of their respective hometowns of Lumpkin and Plains. The two later were also competitors in the peanut business. Fort’s future wife, Daisy, even attended school with Carter.

“When Jimmy ran for governor my mother’s father was high up in his campaign,” Amelia Fort Bell, daughter of Davis and Daisy Fort, said.

Fort was a delegate to the 1976 Democratic National Convention.

“When they were campaigning, Rosalynn stayed here at the house,” Bell said of the first lady.

A plaque decreeing that a member of the Carter family stayed at the Fort house is among the families treasured items from that time, along with a campaign sign, correspondence from The White House and newspaper clippings.

“When Rosalynn was here, she wanted to meet as many people as she could, go as many places.”

Her trip to Albemarle was captured in a March 19, 1976 front page story of The Stanly News & Press. She addressed a gathering at the Stanly County Courthouse, with Fort shown seated in the background. She also met with a group for a prayer breakfast. 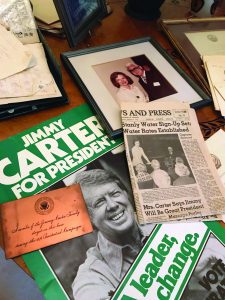 A collection of items from Davis Fort’s friendship with Jimmy Carter includes campaign signs, invitations to The White House and a plaque stating that a member of the Carter family stayed at his house in Albemarle.

Rosalynn Carter said when the couple made it to The White House, the local church group would be invited for breakfast there, Bell said. The Carters kept their word, as a group chartered a plane to Washington, D.C. to meet with them, Bell said. However, the meal was of fried chicken, cole slaw and banana pudding. Fort and his family also attended an inaugural ball for the president.

But while Fort’s link to Jimmy Carter may be considered by some his claim to fame, he found many ways to contribute to society during his nine decades of life.

He served his country in the Army. After being drafted in 1944, he left the infantry to become a Japanese translator. After the war, he earned a degree in banking and finance.

However, he wasn’t satisfied with working in agriculture and decided to study medicine. He attended the University of Tennessee for medical school and completed his residency at the Medical College of Virginia.

He settled in Albemarle and formed the Albemarle Women’s Clinic in November 1966. He was later joined by partners John Herring, MD and Robert Gaither, MD.

“We had a wonderful relationship,” Gaither said. “There will never be a practice like what we had.”

Gaither, 81, said the three men were not just colleagues, they were friends. The doctors and their families traveled together and were still connected.

“It was just like family, our whole relationship, just a very beneficial way to practice medicine,” Gaither said. “I haven’t heard of any practice that was done as well, with trust and camaraderie.”

Gaither said it was a time when someone could find a doctor listed in the phonebook and call them at 3 a.m.

“You could get advice or we’d come to see you at that time,” he said.

Gaither also called it a time when they were all actively involved in the community.

Fort served as chairman of the county commissioners. During this time, a new courthouse and public library were completed in downtown Albemarle.

“He was the only person I know of to have been elected as a county commissioner with almost no campaigning — and that was not many years after he came to the county,” lawyer David Grigg said.

“As a county commissioner chairperson, he was progressive and served to make Stanly County a better place for all of us,” Grigg said. “For example, in days when the practice was for the county to hire on the basis of politics, he championed a nonpartisan, professional county workforce. He was a strong advocate of our community college and put his money where his mouth is to support it.”

Grigg began his law practice about the same time as Fort opened the clinic. He considered him a good friend for 50 years.

“While he obviously was not my doctor, I know he was an excellent physician — especially kind, caring and available to his patients,” Grigg said. “He was really smart, a person we were fortunate to have in our community. He was trained in business and was always a businessperson as well as a physician. He was an even, steady, not excitable person. Very even mannered. My personal experience with him was that he was a very fair person. In business he bent over backwards to be fair and not take advantage of anyone.”

The family requests that donations in Fort’s memory be made to the 21st-Century Scholars program at Stanly Community College, a scholarship program he founded in honor of his first wife, Daisy.

“He took pride in being part of the community and trying to get some things done,” Bell said.