North Stanly faces Murphy in 1A volleyball second round 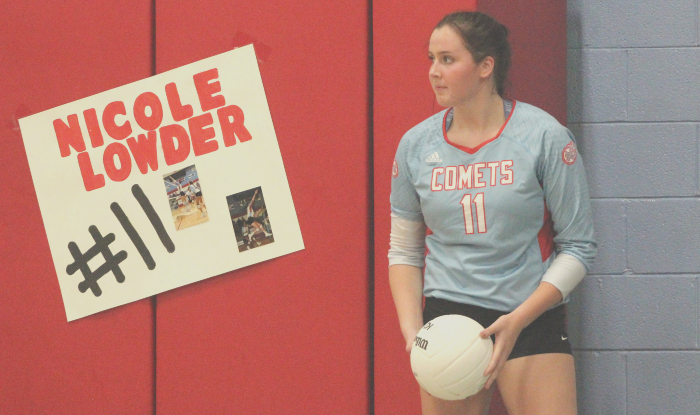 Nicole Lowder was one of four seniors on the 2019 North Stanly volleyball team. (File Photo)

The tumultuous season the North Stanly volleyball team endured in 2019 continued Tuesday night on the road at No. 9 Murphy.

Taegan Lowder led North (15-13) with 17 kills while senior Merris Talbert added 11 kills in her final match with the Comets.

“I’m proud of the way we played tonight. We could have dominated on a few more players here and there that would’ve changed the game a little in our favor but overall these girls played their hearts out,” North head coach Kadie Morgan said.

The loss Tuesday was North’s second in 28 matches on the court in 2019. The Comets did not lose a single set in any of its conference matchups although those results changed after the forfeits.

“I’m beyond proud of the way we dominated this season and they way that they have handled all the unfortunate things that have been thrown at us,” Morgan said.

“These are scholar-athletes that deserve to be recognized as champions no matter what. This is and will always be a dream team.”