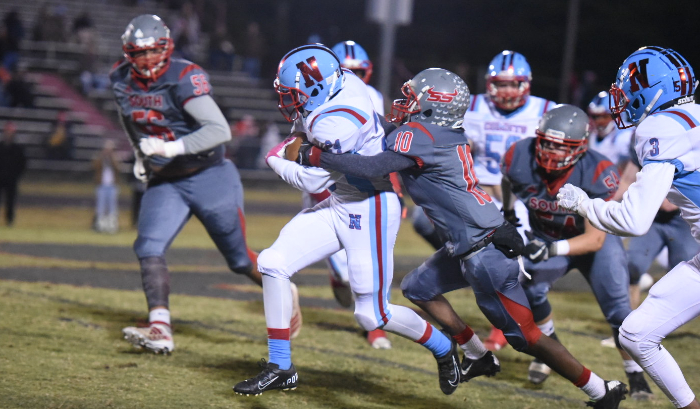 North running back Kyree Dykes is tackled by South's Jaderian Smith in Friday's regular-season finale for both teams. The Comets and Rebel Bulls will meet in the first round of the state playoffs. (Photo courtesy of Dawn Lucas)

The NCHSAA released the football playoff brackets on Saturday afternoon with all four Stanly teams qualifying for the postseason.

For just the second time in the history two Stanly teams will face each other in the playoffs.

The only other time two Stanly teams played in the playoffs were 2006 when South Stanly beat Albemarle 12-6.