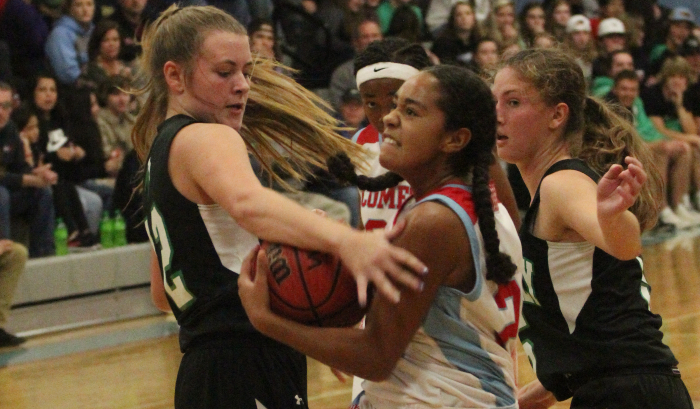 Missing one of the team’s returning starters from last season, the West Stanly women’s basketball team got balanced scoring up and down the lineup in a 60-39 road win Tuesday at North Stanly to open the season.

The Colts won without senior Raelee Furr, last year’s leading scorer. She will be out four weeks with an ankle injury suffered in a scrimmage.

“She’s been really coming along in practice a lot. She has a height advantage over a lot of people,” West head coach Chad Horn said.

West also got nine points from Carmen Bishop and eight from Dani Moss. All nine of the Colts’ players scored in the game.

“We can spread the ball out. This team has the ability to score in all aspects of the game,” Horn said.

The Colts’ defense limited the Comets (0-1) to 39 total points after North scored 17 in the first quarter. Lexi Goode led North with 14 points.

A strong offensive opening quarter for both teams saw the Comets rally in the final seconds to take a lead, 17-15.

West used good perimeter pressure in the second quarter to force turnovers and get open fast-break layups. The Colts went on an 11-2 run and led at the halftime break by eight, 32-24, pulling away late outscoring North 28-15 in the second half.