Bulldogs even record to 1-1 with home win 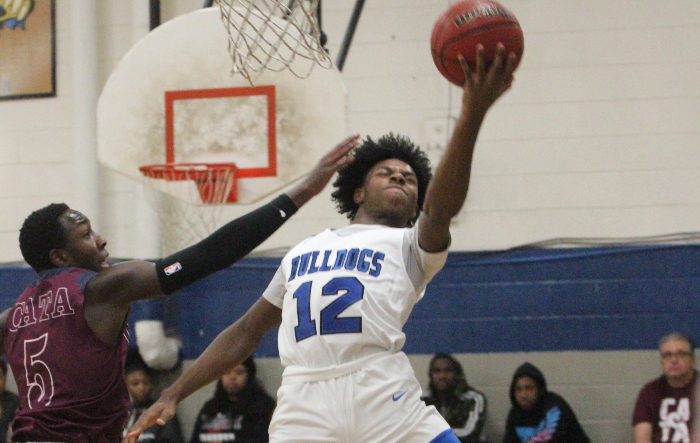 Ali Currie glides to the basket for a layup attempt in the first quarter of Wednesday's home win over Central Academy. (Photo by Charles Curcio)

Wednesday’s home game for the Albemarle men’s basketball team saw the Bulldogs open with a 22-5 push then stave off a second half rally to earn a 66-44 win over the Central Academy Cougars.

Ali Currie scored 10 of his 13 points in a fast opening quarter for Albemarle which saw the Bulldogs connect four times from the 3-point arc. Camarie McNeil also had 10 points for the Bulldogs.

The coach added having at least four guys in double figures in back-to-back games says a lot for the system, the players and the trust the team has in each other.

Raye credited efforts off the bench from Jabari Brooks, Omarie Price and Kyrean Baldwin playing in some of their first varsity games. The Bulldogs have five players still playing football with Albemarle in the playoffs this week.