CURCIO’S CORNER: Listening to a legend 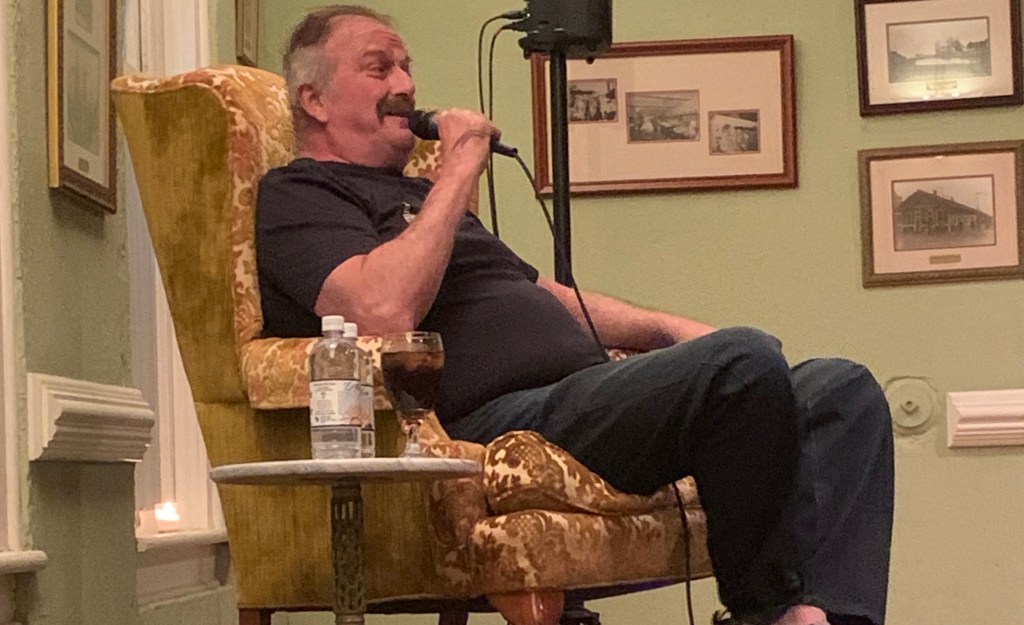 It’s not often in this lifetime one gets to meet in person someone who, in my case, scared the living daylights out of you on television when you were a kid.

Along with about 50 other folks Monday night at Tiffany’s at the Boardroom, I got to meet World Wrestling Entertainment Hall of Fame wrestler Jake “The Snake” Roberts.

Now, I already hear some of you out there about to say, “Oh, no! Not another pro wrestling story.”

If Monday night was just another trip into the ring, I probably would agree.

But in the case of someone whose life story has been so deeply documented in various forms of the media, Jake The Snake is a different case.

The saying goes you should never meet the people to whom you look up to in real life, that they will just disappoint you.

Monday’s event went beyond the regular comedy series Tiffany’s has been featuring for the past two years and was far more than stand-up comedy.

Jake has continually put himself out there without a safety net in terms of being completely open about the struggles he has had in his life, which also played a theme subtly Monday night.

Sure, like everyone else, I howled with laughter at some of the antics he went on at length regarding the various highly colorful stories of the road, from snake misadventures to ribs, or practical jokes, gone seriously wrong.

Believe me, I would love to share some of the stories with you here, but the language and subject material were, shall we say, for mature audiences only.

I will say Jake was very complimentary of Albemarle during the show and encouraged those in attendance to support local businesses.

In speaking to his oldest daughter, Brandy, she talked about how important small towns were to both of them and how much they appreciated the turnout.

In his remarks, Jake talked about being grateful for what you have, which ran as a theme throughout his remarks.

In his life, he has come a long way through battling drug and alcohol addiction to be sober for a number of years.

He wrestled some years as often as 340 times a year, which, after 36 years of wrestling, took its toll.

Working that much, though, is what you do when you fall in love with something, he said.

He went from making $10 a night to start off to being offered seven figures to carry the snake around for Vince McMahon.

His stories were cringeworthy at times, hilarious at others, but when talking about his addiction, the mood changed.

Jake said his addictions have been well chronicled because he chose for it to be. He was allowing them to see what drugs did to him so people would not go through the same or help others who struggle with it.

The line I remember though was him saying he did not care if people thought of him as an addict but he did not want to be a liar.

For me, though, the moments I will remember came before the show.

Jake was very personable with people and good with a couple of kids who came up to meet him (but didn’t stay for the show).

He portrayed a dark character in wrestling with promos that always hit home for me for one reason: he never yelled or had to raise his voice too much, unlike some very famous wrestlers, brother.

When folks came up to them, they obviously were nervous to meet him but he quickly disarmed folks.

One in particular, though, will standout and will hopefully be an example for others.

He told Jake how the documentary “Resurrecting Jake The Snake” helped him to battle his own addictions.

We talk so much about the opioid epidemic in the media, and I found it wonderful to see someone use his own experiences to help others.

I’m glad Tiffany’s was able to bring him here so people could hear his raucous stories and poignant message.