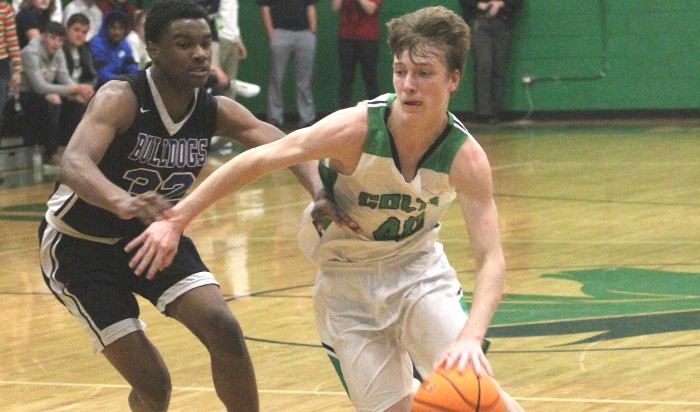 West Stanly junior Austin Medlin had a huge night scoring 45 points in a 90-72 home basketball win Tuesday over Albemarle, improving the Colts to 3-0 on the season.

Medlin knocked down 14-of-14 foul shots and hit 13 baskets including five three-pointers.

“It was just a good night. I was glad we got the win. I’m just ready for the rest of the county games,” Medlin said.

The West junior said he has been more of a leader this season and the team is playing a faster tempo then last year.

Colts head coach John Thompson said Medlin’s hard work in the offseason has paid off for him, including in the weight room.

“He shoots every day. He does not take a day off,” Thompson said, noting Medlin’s work ethic is shared by other players on the team as well.

“The other kids have all the confidence in the world in (Medlin). He’s got a little bit of a killer instinct and you can tell when he feels like he can beat his man.”

“Everybody trusts each other. (Trevor) played a big game on defense, shot blocking. He’s a great rebounder and gives us everything on the court,” Medlin said.

“Tayshaun was strong with the ball and has played two good games back-to-back,” Medlin said.