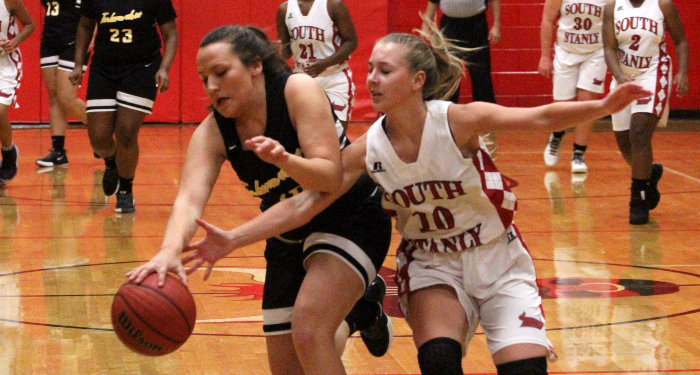 “I’ll be coaching the team the rest of the season,” Whitley said noting former head coach Scott Stevens left the team due to a personal issue. Whitley last coached the South women’s squad in the 2012-13 season and coached both teams the previous season.

Zykirah Quick used her height advantage in the post for Montgomery (2-2) in the second half scoring 10 points on stick backs in the lane. She led the Timberwolves and all scorers with 17 points.

“(Quick) had a great game. We couldn’t do anything with her. We tried to work her off the block and she stepped back and made some 15-footers,” Whitley said.

The Timberwolves opened with a 9-0 run before the Bulls got on the board. South answered with a 7-0 push and trailed by four after one quarter, 13-9.

Montgomery Central pushed the lead back to nine in the second and never trailed the rest of the way.

The closest the Bulls got to the Timberwolves came early in the third quarter on a Lee 3-pointer pulling South to within three points.

Whitley said taking over and having had two practices with the team is a little bit like starting over.

“It’s a really young team. They are very inexperienced…we are a work in progress. Our biggest thing is we want to go out and be competitive. We just want to make strides every day,” Whitley said.