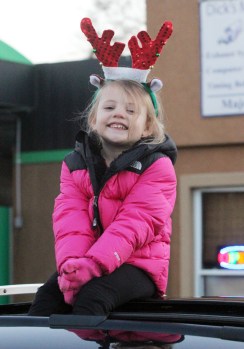 Raya Loflin, 4, looks out through the sunroof of a car waiting for the start of the Norwood parade. (Photo by Charles Curcio) 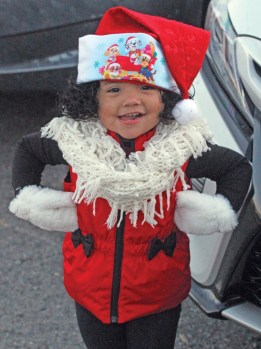 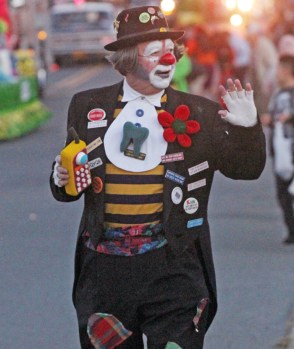 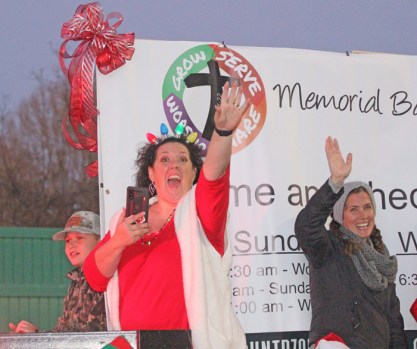 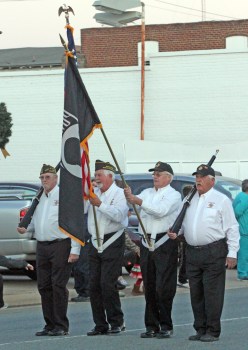 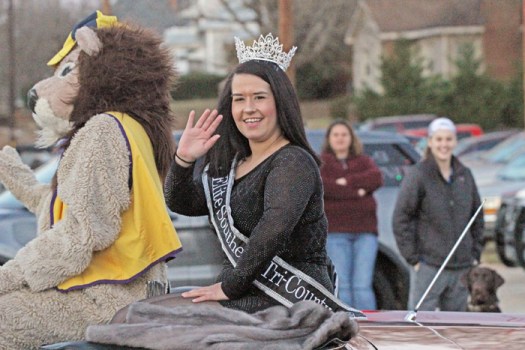 Miss Tri-County 2019 Madison Hatley waves to the crowd along with a Lions' Club mascot during the 2019 Norwood Parade. (Photo by Charles Curcio)

Norwood’s 2019 Christmas Parade took place on a chilly Wednesday evening. Here are some images from the parade. More can be found on line at the following link: