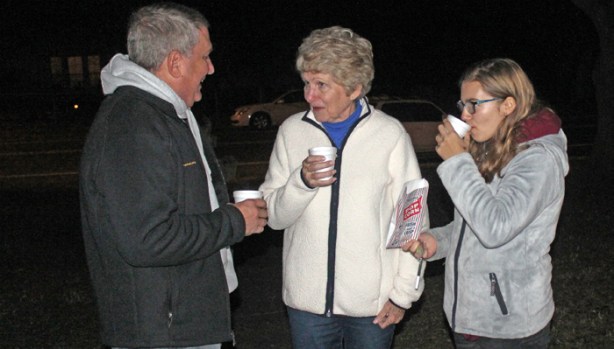 From left, Rodney Green, Linda Green and Baylee Green enjoy a moment together as a family drinking hot chocolate at the New London Christmas festivities Friday. (Photo by Charles Curcio) 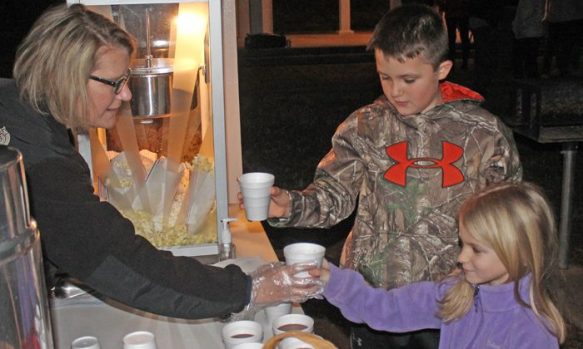 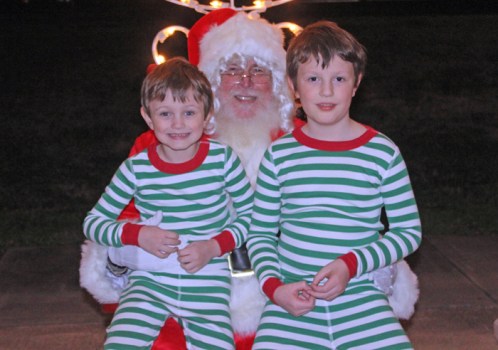 Caleb and Simon Tysinger are all smiles in meeting Santa in matching outfits at New London's Christmas celebration. (Photo by Charles Curcio/staff) 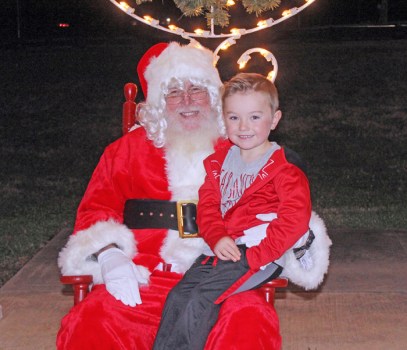 Santa Claus made an appearance on a chilly Friday night at New London Park visiting with children while attendees enjoyed free popcorn and hot chocolate.

More images can be found at the following link: https://photos.thesnaponline.com/Santa-in-New-London-2019