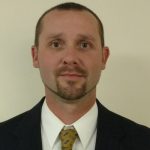 The court case against Stanly County Board of Commissioners vice chairman Ashley Morgan has been continued for a fourth time.

Scheduled for Dec. 10, his case has been continued to Jan. 14, 2020. His case was originally scheduled in August, but was postponed to September, then Oct. 8.

In June, Morgan received a misdemeanor charge of boating while intoxicated.

He has served as a commissioner since December 2016.