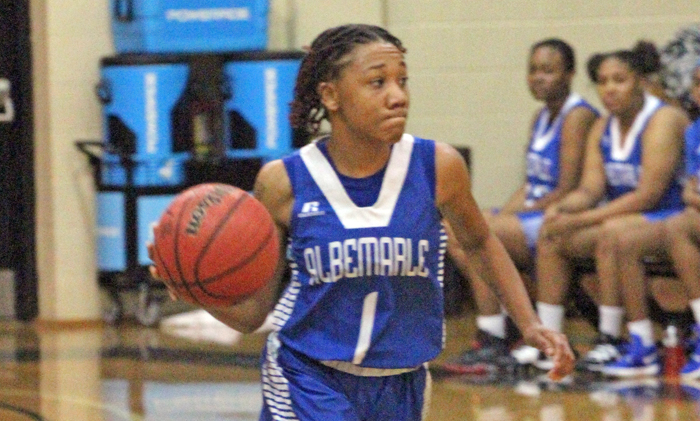 The Albemarle Bulldogs women’s basketball ended a six-game losing streak to the start the season with a 62-23 home win Tuesday over North Moore.

Albemarle had not endured a losing streak as long since the Bulldogs were 0-8 to start the 2012-13 season, the year before Eric Davis became the team’s head coach.

“We have been missing on the defensive end and it was a huge emphasis in practice yesterday,” Albemarle head coach Eric Davis said.

“It was great to see (the players) come out with high energy and effort on the defensive end.”

The Bulldogs coach added with the amount of young players Albemarle has this season, the focus is trying to get better every day.