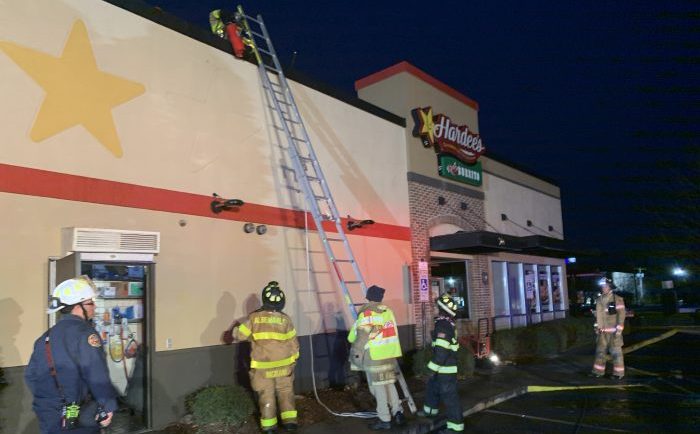 No employees or customers were hurt when a broiler caught fire and flames climbed into the attic and a vent, according to Albemarle Fire Department battalion chief Kenny Kendall.

Engines from Albemarle and East Side responded to the call at 4:50 p.m. along with Stanly County EMS and Albemarle Police. A total of 28 personnel were at the scene.

Damages to the building were estimated at $150,000 and the restaurant has been closed according to one employee. It is not yet known when Hardee’s will reopen.