Here are the selections for the 2019 All-Stanly News & Press Football Team. 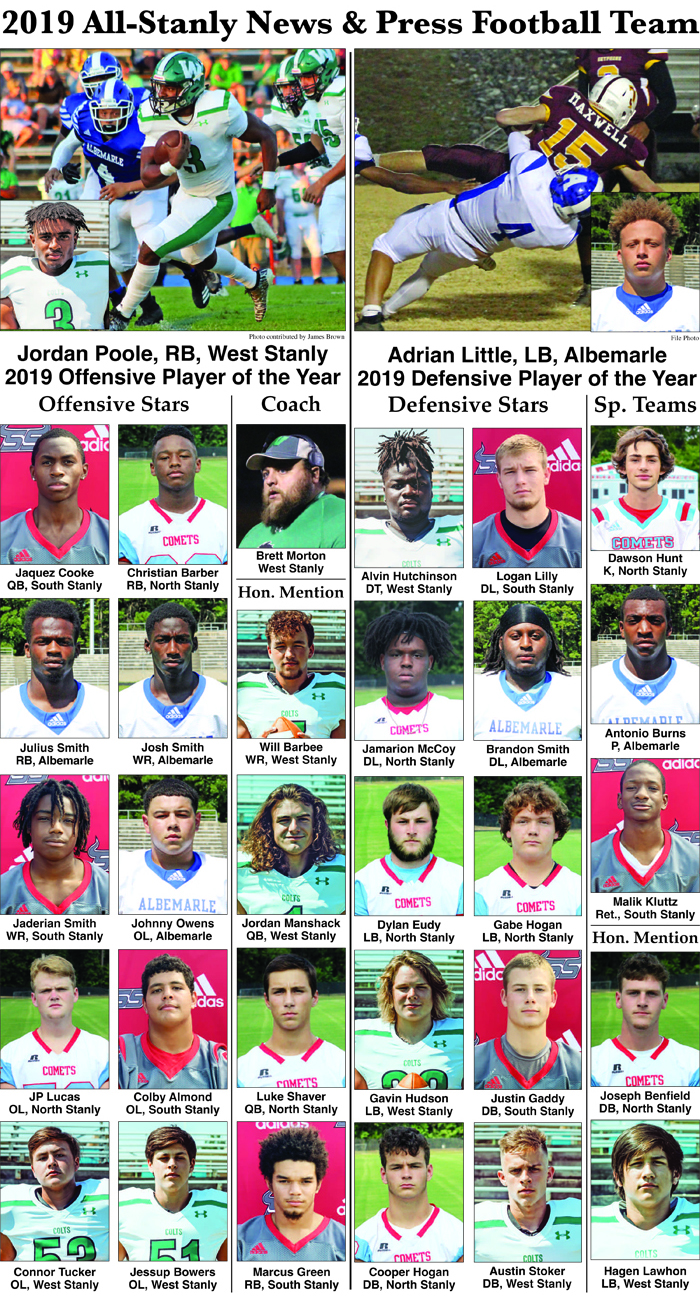