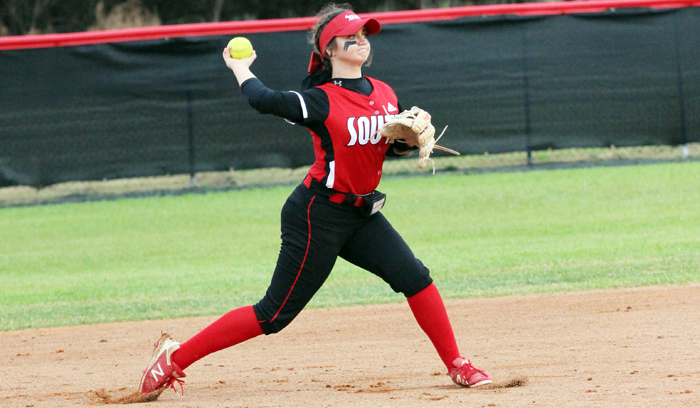 A number of baseball and softball players representing high schools in Stanly County have been named as finalists for the inaugural Greater Piedmont Hot Stove League Awards.

South Stanly senior Kaitlyn Tucker has been nominated for two softball awards: Player of the Year and Scholar-Athlete.

Tucker’s teammate at South, Sadie Lee, is up for Pitcher of the Year.

Another Rebel Bull standout, Mattie Hinson, is a finalist for Catcher of the Year while Rena Rummage has been named a Scholar Athlete finalist.

West Stanly pitching standout Jordan Hatch has also been nominated for Pitcher of the Year as well as the Rising Star award.

Hatch’s teammate, Shelby Barbee, has been named a finalist for Slugger of the Year.

The Colts as a team are a finalist for High School Softball Team of the Year for winning the 2A state title in 2019.

On the youth side, West Stanly’s Teagan Ritchie is a finalist for Youth Player of the Year.

North Stanly’s Rhett Lowder is a finalist on the baseball side for both for Pitcher of the Year and the Scholar-Athlete Award.

Camden Wimbish from West Stanly is a finalist in the youth baseball Player of the Year category.

Rowan County native Tripp Roakes founded the organization, the Greater Charlotte Hot Stove League Awards, 13 years ago, but this year changed the focus of the awards to cover strictly the Piedmont region.

Pfeiffer head softball coach Monte Sherrill will be the keynote speaker at the awards ceremony which Roakes said are designed to bring both the baseball and softball communities together to honor the game and the youth that work hard to excel on and off the field of play. The evening will also include a banquet dinner and silent auction.

“The Greater Piedmont Hot Stove League Awards will honor players that will one day create their own legends in the college and professional ranks,” Roakes said.

“I grew up in Salisbury, it’s where I learned to play the game. The amount of talented baseball and softball players in the Greater Piedmont Area is always high. Every year I watch so many kids from the Piedmont sign with colleges…it’s my honor to hold a positive recognition event to highlight the best and brightest in the Piedmont area.”