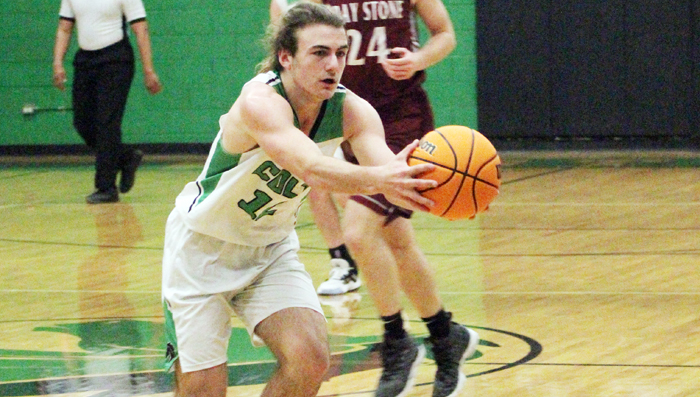 Each season men’s basketball teams in Stanly look to post the best head-to-head marks against each other in search of the mythical county title.

Ethan Conner led the Colts (11-6) with 14 points while Austin Medlin, who was honored before the game for scoring his 1,000th career point Friday night at Anson, added 11 points.

West head coach John Thompson said former coach Rudi Heath, for whom Thompson was a long-time assistant, always used to say if a team is going to be good, it has to be good in its own backyard first.

“We would have liked to have gone 7-0, but South Stanly is a heck of a team…we’re glad to get through the county the way we have but we have to get some business done in the conference,” Thompson said.

The Colts have seven games left in the regular season including six conference matchups, which the West coach said the team has to play with energy in those games.

“We’re not talented enough to not play with great energy. When we do, we can be really good…playing with a sense of urgency especially on the defensive end,” Thompson said.