Dr. Rufus Lefler, a candidate for an at-large seat on the Stanly County School Board, is a product of public schools who said he wants to see more unity and opportunity for students. He will face Republican incumbent Melvin Poole in the March 3 primary.

Lefler, originally from Lenoir, went to Lenoir High School and then on to UNC-Chapel Hill and Bowman Grey Medical School. 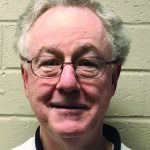 Married for 42 years to his wife, Maureen, they have two sons, Rufus and Jimmy, who both graduated from Albemarle High.

Going from a small school to Carolina was kind of scary, Lefler said, but he earned a scholarship after two years in school.

“I feel my success in life when I look at it, No. 1 is God, two is my family and three is my education,” Lefler said. “If I didn’t have the education, I would not have had the opportunities I had.”

Having an independent medical practice for 37 years allowed Lefler to be an advocate for his patients, he said.

“I felt like they were my family so I took care of them like my family,” Lefler said.

He said he wants to use the same approach should he be elected.

Many people in the county, Lefler said, are like family to him and he wants them to have the same opportunities in education he had.

One track for educating children which Stanly needs more of is on the vocational side, including military and workforce opportunities, he said.

“I want (the kids) to be competitive with everyone around us and in the country,” Lefler said. “I just don’t think we ought to be at a disadvantage when we graduate from school here.”

Back in his high school days, Lefler said students had more chances after ninth grade to take the vocational track.

“Some of us like the academics and some don’t,” he said. “With the way the economy has changed, as a country our economy is going that way.”

After ninth grade reaching out to students who are not interested in academics is important because students can drop out of school once they turn 16.

“If we kind of put that spark in them, maybe they would do better,” Lefler said.

Stanly County Schools, Lefler said, needs to reach out more to homeschooled students while also seeing what charter schools do that works which could be implemented in the public schools.

The system also needs better participation from the county because it’s important for a school system to have that community backing, he said.

All the districts need to work together instead of people wanting just something for specific schools, he said.

More research into how improving schools are making those improvements needs to be done to model those changes for the whole system, Lefler said, using the recent improvement of Millingport from a “D” to a “B.”

“They talk about ‘They have a new principal’ or something, but I’m sure more resources were poured into that area,” Lefler said.

The candidate also added part of his platform for his candidacy is to make teachers’ jobs easier and more about preparing lessons for and taking care of students instead of the burden of too much paperwork.

“We’re getting bogged down in data,” Lefler said. “Think of all the energy that’s been wasted on data collection instead of teaching, educating or mentoring.”

He said with additional tracks like vocation and work-force training, SCS would be able to reach those students who are not able to score higher on tests because they need to be prepared for life before leaving school.

Running for the at-large position, he said, means he wants to represent the entire county and in doing so wants the schools more united in working on the same issues.