Few political figures in Stanly County generate the diverse amount of comments as can School Board Chairman Melvin Poole.

Having served for more than 22 years on the board of education and the last four, Poole said he realizes anyone serving public office is fair game. 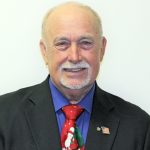 “You’re always going to have a certain amount of enemies or whatever, out there. So many of those that fall into that camp have never taken the time to sit down with me and talk,” Poole said.

Poole said his guiding principle in serving on the board is to maintain the public’s trust in the school system by acting in an open and ethical way.

The chairman said he believes in making sure everyone involved in the process is treated fair and equally, which he admits is a constant battle.

“You can’t make everyone happy…as different situations arise, it may not be exactly like one before so you’re constantly having to make sure you’re meeting a standard of being open and fair,” Poole said.

Continuing to maintain trust with the public is especially important, Poole said, as Stanly County Schools begins to deal with $26 million in public bond money with the quarter-cent sales tax.

“I personally take that as (the public) trusts us and that is critical…I hope those things reflect trust,” Poole said.

As someone who believes in community schooling, a platform he ran with for his second term with the board four years ago, Poole said he was elected with those ideals in mind and he feels obligated to carry them through until an election moves the needle in another direction.

“I don’t make an apology for (the platform) because I believe in smaller, community schools,” Poole said. “We were elected so we try to adhere to that. If people trust us and feel we’ve done a good job, we will be rewarded. If not, that’s the way the cookie crumbles.”

Bigger is not always better in terms of schools, Poole said, noting the greater chances for student-athletes to learn life lessons from sports with smaller schools as opposed to one big school.

More schools with fewer students is safer, Poole said. He would rather have students on three or four campuses than one.

“You’re making a lot less of a target doing several small schools than one big one,” Poole said.

Many challenges await the school board as 2020 begins, Poole said, including the first time SCS will prepare a budget without a state-approved budget from the previous year.

“I’m not sure people in Raleigh are too overly-concerned right now so the stress they are putting school systems in is a harrowing experience,” Poole said.

The chairman said he prefers to deal with people in a straightforward manner.

“People understand me and the fact I’m pretty clear cut and straightforward on stuff. There’s no middle ground, and when you are like that, people fall into two camps. They either hate you or like you,” Poole said.

That approach, Poole said, has come from his experience. He feels like he has mellowed over the years, but he would prefer to be straight with people.

“I prefer to be that way than be the slimy politician that slaps everybody on the back and makes them think I’m agreeing with them,” he said. “I can’t trust someone like that so I don’t expect someone to trust me if I’m like that.”

Poole faces Dr. Rufus Lefler in the March 3 Republican primary in the at-large race for the Board of Education.