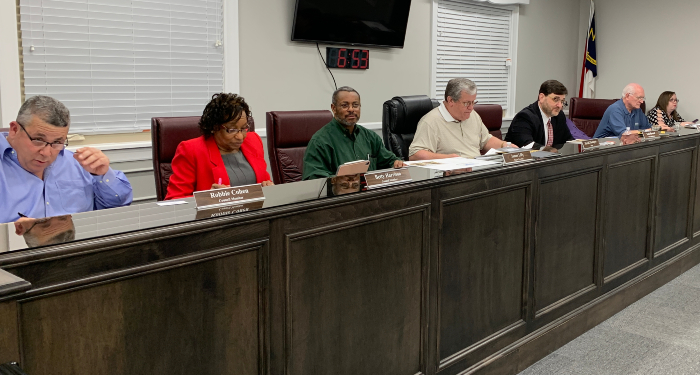 Kenneth Anderson of the accounting firm of Anderson, Smith and Wike presented the Norwood Town Council with its audit of the town’s finances for the 2018-19 fiscal year at Monday’s meeting of the council at Town Hall.

The audit stated the town had an overall net decrease of $22,942 in the general fund balance while the water and sewer fund lost $119,062.

A letter from the firm to the council stated Norwood’s water and sewer fund has had operating losses for a number of years and recommended the town review water and sewer rates along with the costs of overall operating activities of the fund.

The town also did not have any over expenditures and the audit was delivered on time, Anderson said.

Other findings included a deficiency in fund accounting for capital projects which came from two approved projects after year end in August 2019, which Anderson said should have had a separate fund set up for it. He added a transfer from the enterprise fund would resolve it.

The audit also said the town needs someone to ensure payment of post employment benefits, including providing healthcare for those with 20 or more years of service to the town.

“It’s not that big of a deal, but I guess the finance officer keeps up with that,” Anderson said.

Tax collections increased slightly from the year before, up to about 98 percent excluding vehicle tax, which is collected by the state.

Councilman Wes Hartsell said he felt the council was blindsided by previous audits which indicated everything was OK.

Anderson ended by saying it may have been a turbulent year, but in the three years the firm has worked with the town he has seen improvement in the audits.