Running for election from District 5 for the Stanly County School Board is Carla Poplin, a special needs advocate and mother of two who believes in providing opportunities for all students.

Poplin graduated from North Stanly High School and earned a degree in recreation, parks and tourism from the University of North Carolina at Greensboro. 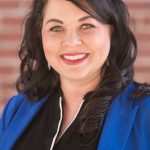 Her career and life have found her working with special needs children, including a camp for children with terminal illnesses as well as a YMCA camp in Colorado doing backpacking and other activities.

Poplin’s advocacy started in part when her son, Braden, was diagnosed with autism at 3.

“That’s been a big part of my life, hence my focus on special education and kids with special needs,” Poplin said.

After staying home for a while to take care of her children until they got older, Poplin has since worked as a substitute teacher for Stanly County Schools for more than a year, which she said was the genesis of her campaign for the school board.

Poplin said she has seen the challenges faced by teachers and administrators in the past few months, noticing many children have the need for a steady role model in their lives.

“It was the first thing that sort of jumped out at me,” she said. “I just didn’t realize how many kids we have in this county that really depend on school as that rock of their day.”

She also noticed how much time a teacher spends in a day doing things other than teaching, like behavioral management, meeting basic needs like hunger, dealing with abuse and things not found in a lesson plan.

“If you haven’t really been in there and gotten your hands in it…you hear it, but it doesn’t hit home like when you see it. If those basic needs aren’t met, I don’t feel kids can get the education part like they need,” Poplin said.

As a school board member, Poplin said she would look at having more behavioral specialists during the day to be able to work with kids. She said kindergarten through second grade classes need to all have full-time assistants.

Behavioral issues are just as important to students, she said, as a school’s curriculum, which she said her family has seen up close with Braden. She said they have been lucky with his development, having transitioned to middle school this year.

Poplin said with her son going to Central Elementary, he was able to take a life skills class to learn things like grocery shopping, washing clothes and putting laundry away and even cook some, which she said is a big deal for someone like her son who is pretty much non-verbal.

“I don’t know all of our schools have that type of room…those things are needed for our special-needs population to make them successful community members after graduation,” Poplin said.

Getting funding for more support staff for teachers is also important, Poplin said, with teachers not able to even run to the copy machine for five minutes.

Poplin said the school board needs to be more transparent in long-term goals for the schools. She feels some recent decisions were made quickly by the board without families having a say or time to adjust to changes.

Referring to the recent change of staggered starts with SCS, she was against the way the plan was proposed and pushed through.

“We need to give families time to adjust and voice their concerns with plans. We need to hear what people feel about it and make an informed decision,” Poplin said. “We need to be more open and considerate of the opinions and values our constituents value.”

SCS should also do more vocational training, she said, noting fellow students of hers in high school were realistically not choosing college as a career path.

“We need to look at getting (vocational students) some real-world experience. We need to see how many students are going into electrical, plumbing or HVAC,” Poplin said.

She added if there is a stigma on not going into higher education, changing the culture around it has to be a focus.