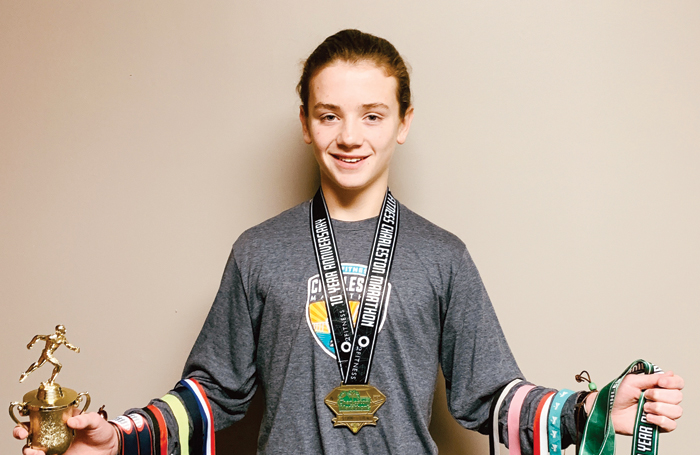 When one pictures a marathon runner, images of the famous marathons of Boston, New York and London with thousands of adults running usually come to mind. 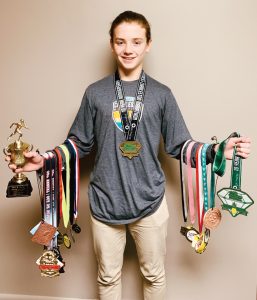 A marathoner not old enough to legally drive a car is another story.

Such is the case of South Stanly Middle School eighth-grader Joshawa Huneycutt, who went from not running at all to completing the recent Charleston, S.C. marathon — finishing first in the 19-and-under division and 317th out of 863 total runners, most of whom not in his division were much older then him. He finished the race with a time of 4 hours, 16 minutes.

His journey of going from zero to 26.2 miles started four years ago in the fifth grade.

Huneycutt’s first run came in the Beach Blast 5K in Albemarle, noting it was a cold day.

“I had never run anything like that. I was unprepared,” Huneycutt said going straight to a 5K without training. “I didn’t think I’d be running after that. I kind of lost interest.”

However, he stayed after the race to enjoy a sugar cookie or two from the Albemarle Sweet Shop, which is when he met Connor Curlee, son of South Stanly cross country and wrestling coach Michael Curlee.

“I saw this one redhead and he got my attention for some reason. I looked up him and thought I wanted to be like him when I got older,” Huneycutt said.

Fast-forward to last July when Huneycutt met the coach’s son in offseason workouts.

“He was nice to be around,” Huneycutt said.

After a couple of months, the eighth grader said he continued to do more running competitions as well as free soccer workouts with Coach Curlee.

Joshawa’s mother, Joy Huneycutt, said she thought it was awesome he saw the coach’s son and wanted to be like him.

“Josh was like, ‘I’m going to catch him.’ He started mowing yards to pay entry fees,” Joy Huneycutt said.

Huneycutt first ran in the Christmas in July run and the running has not stopped since.

“I just wanted to go bigger and better,” Huneycutt said about trying to stretch the distances he ran.

One of the secrets of running longer distances, the young runner added, is patience.

“Once you’re out there running for two to three hours, it really eats away at you. It’s hard to stick with it,” Joshawa said.

Running has also become a way to get time away from reality, he noted.

“I get a break (running) and it relieves a lot of the tension and stress that’s built up,” Joshawa said.

As long as he was happy running with everything it involves, Joshawa’s mother said she thought it was good for him.

“I was really proud of him getting a job and using his own money. He’s paid for every run up to the marathon,” Joy said.

Joshawa’s ability to run continued to develop, including when he ran the Run the Valley half-marathon. He kept pace with one older female runner who coaches running in Greensboro who said she did not have anyone on her team that could touch his times.

In the recent marathon, Joshawa said a number of older kids flew past him and he assumed he was way behind. He would not have known he had won in his age division had they not have gone over to the tents.

“I knew he wanted to know,” Joy said.

When he found out, Joshawa said he was really surprised he won, adding the runner who had passed him was running the 5K and half-marathon, not the full distance.

Huneycutt ran for the middle school team last fall, winning every single race he ran in, but it will be next season when he gets to compete against his role model, Coach Curlee’s son.

“(Connor) pushed me to do better and go farther,” Joshawa said.

His mother said the other South runners and coaches have been nothing but supportive of his efforts.

“They all pull for each other.”

which he hopes to one day turn into a website and a trademark for his own running club.

As he enters the high school ranks, Joshawa said he may not place the highest right away because he is new to it.

“I’m not going to be the best runner. I will have real competition.”