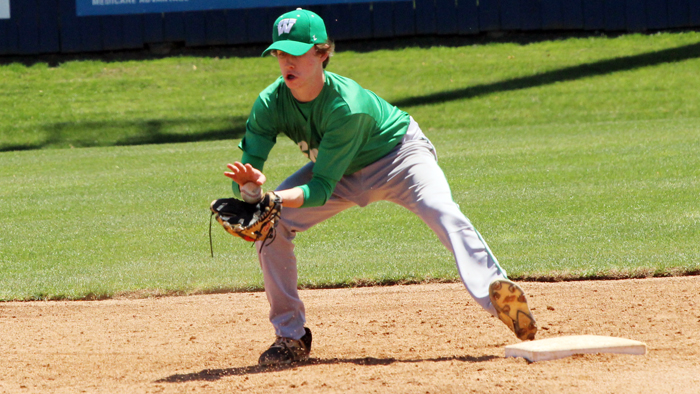 Nathan Eury was one of six West Stanly players on the baseball team who graduated in 2019. (File Photo)

The high school baseball season has opened, with five Stanly teams looking to improve on last season’s efforts. Two teams won 20 games last season, while one played on the road all season long and will finally come home.

Chad Yow enters his eighth season as the head coach with a 131-57 coaching mark as the Colts return a number of players from last year’s team which went 21-5 overall and 13-2 in the Rocky River Conference.

“We look to make another strong push to win the RRC regular season championship and defend our conference tournament championship,” Yow said.

The Comets posted the most wins of any Stanly team last season, going 22-3 overall and 15-1 in conference play, winning the Yadkin Valley Conference tournament championship.

Only three starters return for head coach Will Davis (144-64), who is in his ninth season as the team’s head coach. Stanly News & Press Pitcher of the Year Rhett Lowder returns for the Comets along with left-handed starter Nic Melton and Dylan Eudy.

Davis said newcomers to the team include Colby Hammer, Luke Shaver and Cooper Hogan who will look to make a strong impact this year.

“We look to continue our success with this young class,” Davis said.

The Bulls were 15-10 last season, 13-3 in the YVC, under Terry Tucker (228-100), who enters his 13th season as South’s head coach. The team has had five straight winning seasons since the Bulls last reached the state finals series in 2015.

Expectations run high, according to Tucker, as the Bulls return eight seniors in 2020, including Cam Bowers (2B), Hayden Brown (OF), Cam Huneycutt (1B), Logan Lilly (OF), Crafton Mansfield (OF), Drake Page (C), Sawyer Smith (SS) and Garrett Swink (RHP).

Three of the seniors are committed to play baseball in college, including Smith (Coker), Bowers (Surry CC) and Swink (Fayetteville Tech).

New players who look to add their mark to the team include juniors Jaxon Buck (OF/2B) and Lawson Hicks (1B/3B) along with sophomores Jaxon Barbee (SS/2B) and Trevor Tucker (3B/OF).

All of the team’s pitching returns with Swink, Smith, Brown, Bowers and Mansfield all having made four or more appearances last season on the mound.

“I’m excited to see what this group can do,” Tucker said.

The Knights under first-year head coach Brad Harrington went 4-12 overall last season but will be nearly a completely new team in 2020.

Harrington said the Knights being extremely young offers promise and excitement for the future of the program.

“For this season we are going to focus on incremental growth for each player and our team, and in future years we hope this growth helps us become a competitive baseball program year in and year out,” Harrington said.

March 3 was an important day for head coach Corey Dick and the Bulldogs’ baseball program as Albemarle finally came home. After a 2-16 season overall (2-14 in the YVC) in 2019, all of those games were played on the road. Albemarle returns to Don Montgomery Park and opened its season with a conference game against North Rowan.

New this season will be outfielder Kade Bunch and 1B/pitcher Zach Shrump.

“We are eager to play at home,” Dick said, adding he looked forward to seeing his returning players improve. The two new players will provide flexibility in areas all over the field, he said.