Road for meals now not such a rocky one 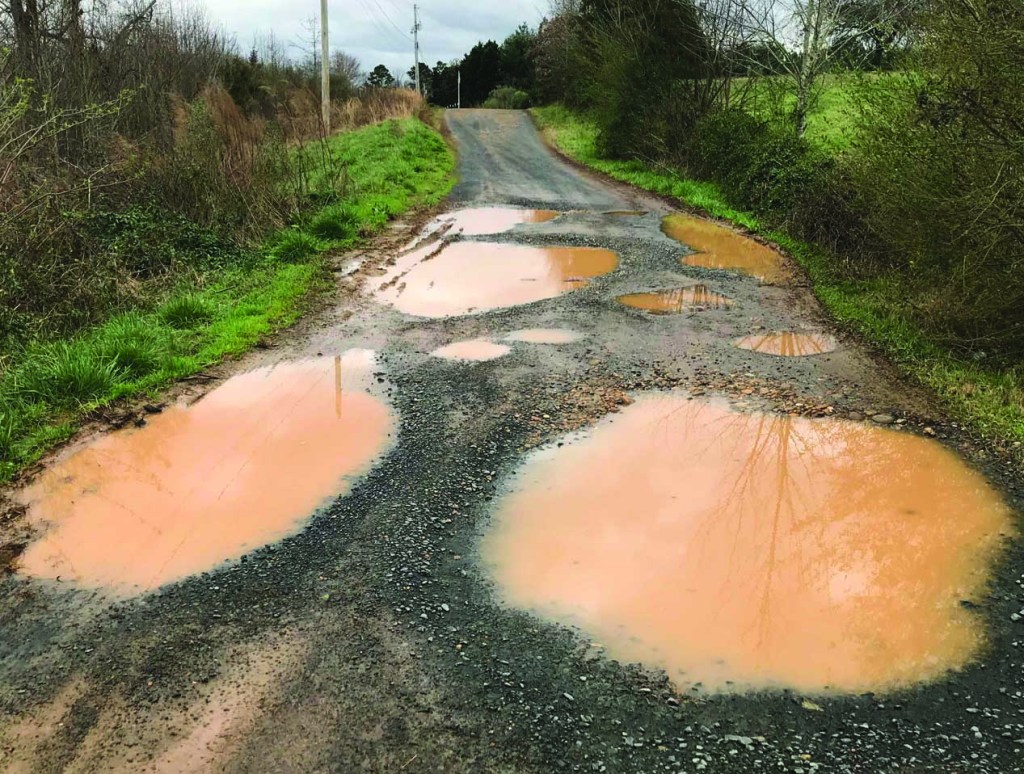 Muddy holes were common on the Stanfield road leading to the Scott home. Bill Braley heard of a need and found a way to help the family. (Contributed)

“We just did it because it needed to be done.”

That vision by Bill Braley, two and half days of physical work, two loads of gravel and a load of red clay left a family grateful and a problem solved.

Braley was contacted by Wanda Tenhagen of Richfield about her parents, Bill and Betty Scott. They had been told that their Meals on Wheels through the Stanly County Senior Center would be stopped because their Stanfield road was too impassable for volunteers to make the daily deliveries. Emergency responders were having a tough time making it to the Scotts’ house as well.

Braley thought at first he could not help. After contemplating the situation for a few hours, he decided to go take a look at the road.

“I couldn’t walk away from it,” he said.

He ended up taking a load of gravel to fill the Scotts’ driveway.

But he knew that was not enough.

Tenhagen said her parents will have lived in their home for 30 years this May. The road, she said, has deteriorated the most over the last decade. Her parents began receiving meals about a year ago.

Braley said three or four other homes are on that road. Recent storms had made potholes even bigger.

“There’s potholes you could have set a Volkswagen in at one time,” Braley said.

Braley and his wife paid for the project, though a friend he hasn’t seen in 35 years from Thailand did send a $100 contribution. Braley said other people have pledged funds through the Senior Center.

“You can’t outgive God, whatever happens, happens,” he said, knowing he may not be fully repaid.

He realizes the road is still gravel and may not be the prettiest around.

Tenhagen thinks what Braley did is great. 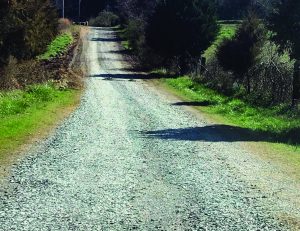 The driveway to the Scott home has been fixed thanks to volunteer Bill Braley.

“We have been trying to get it done for some time and couldn’t find anybody who would do it,” she said.