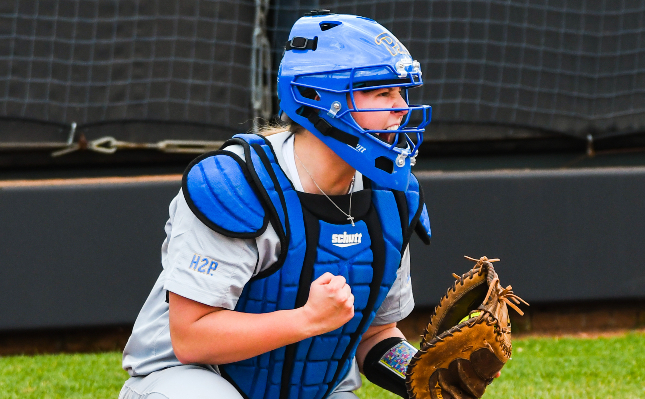 Walker Barbee gets pumped up for a teammate's play in the Panthers' game this season at Charlotte. (Photo by Justin Pondexter/Pitt Athletics)

Such is the case of former West Stanly standout Walker Barbee, the starting catcher this season for the University of Pittsburgh.

Barbee and her teammates made a recent stop in Charlotte on a spring break road trip just before the NCAA cancelled the season due to the coronavirus threat.

Playing in her senior year of college eligibility, Barbee is the first female athlete in recent memory to play for an Atlantic Coast Conference program.

As a freshman with the Colts in 2013, Barbee was part of the school’s second state championship squad and the first of two 2A state titles. 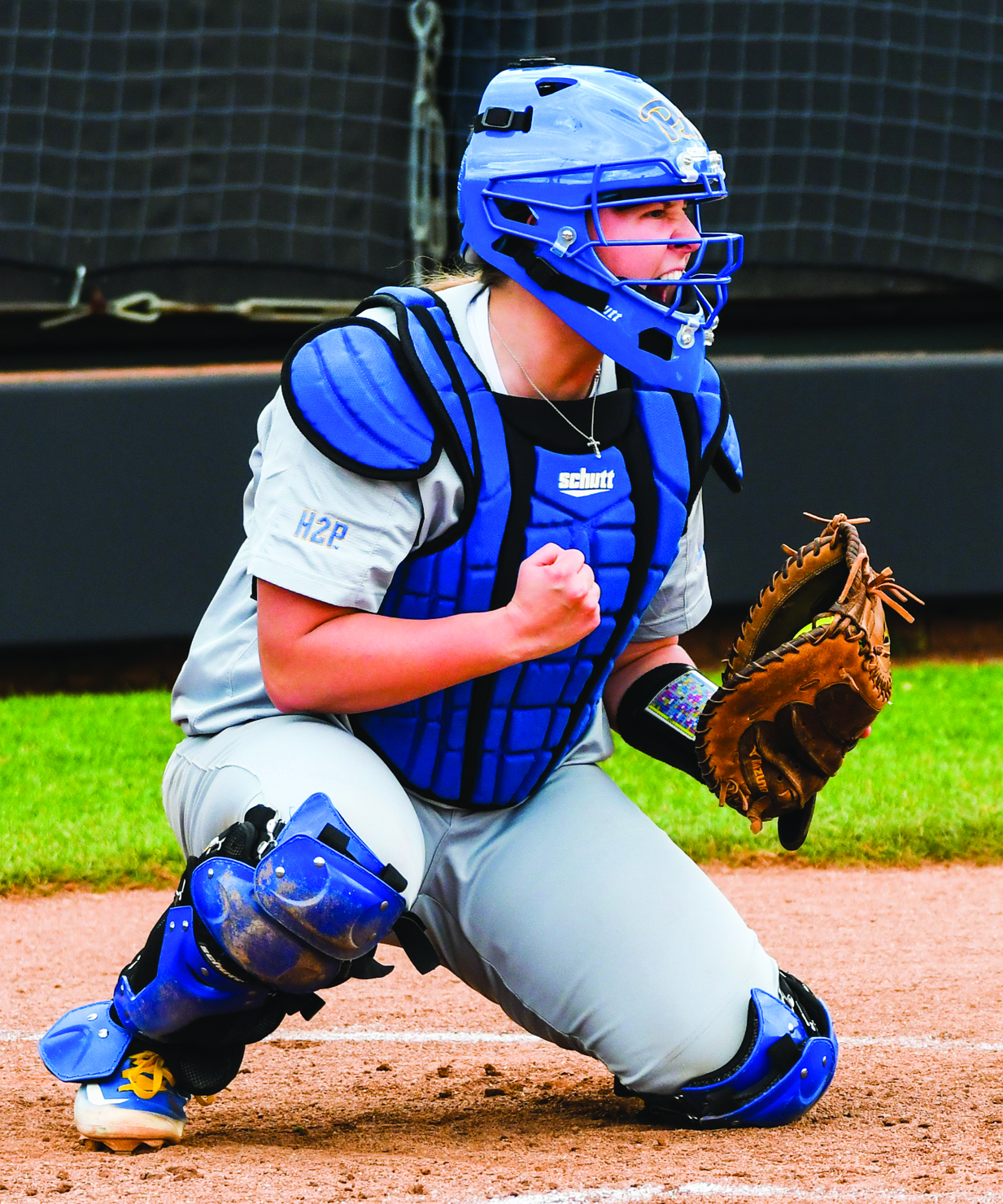 Walker Barbee went from being a Colt to being a Panther. (Courtesy of Justin Pondexter/Pitt Athletics)

Barbee graduated from West Stanly in 2016 and spent two seasons at Elon. However, one dream from her childhood still was in her mind: playing in the ACC.

“Ever since I was a little girl it has always been a dream of mine to play in the ACC. I’ve always just loved the conference,” Walker said.

To get the opportunity to play at Pitt is a dream come true, she added, saying Pitt feels like home.

The opportunity happened in part by her time playing travel softball with the South Carolina Elite program and head coach Tony Genovese.

Traveling across the country to play in front of college coaches, even while at Elon, helped her to be noticed.

Barbee said playing for Genovese helped her grow and develop into the player she has become in D-I softball.

Travel ball afforded Barbee to play from Florida to California against players who now play for Team USA as well as pros in the NPF pro league.

Pitt head coach Jodi Hermanek got the chance to see Walker play just when her program needed to replace a graduating catcher.

“I was very lucky, very fortunate, very lucky to meet Coach Herm at the right time when she needed a player. It was a perfect fit. The good Lord had a hand in it,” Barbee said.

Pittsburgh has become home for the Oakboro native, she said, and has a different feel than Charlotte.

“There is so much history. The bridges are absolutely beautiful (in Pittsburgh). Once you come out of the tunnel and you see the city, it just like really grabs your heart,” Barbee said.

She added the athletics at Pitt are top-notch and the teams are trying to push to be the best.

With Wednesday’s 11-2 five-inning loss, the Panthers dropped to 8-12 on the season in the middle of the school’s spring break.

“You know we’ve had our ups and downs, for sure (which) any team has,” Barbee said, adding the adage is true of anyone being able to win any given day.

The loss to the 49ers was the Panthers’ fifth game in six days on the midst of an extended road trip. Pitt was scheduled to play back-to-back doubleheaders at Campbell before the NCAA’s announcement of the suspension of all athletics.

“Playing softball is the best job in the world,” Barbee said. “I consider it a job because of the hours involved.”

Barbee, a senior, had a number of family members in attendance at Sue Daughtridge Stadium in Charlotte. In attendance were her father, Kelly, along with her aunt and uncle.

Mike Barbee, Walker’s grandfather and Stanly County commissioner, was also in attendance with his wife.

“I’m tickled…it’s an honor to have a girl playing at that level,” the commissioner said.

Referring to her recent games around the state, including at Duke, Mike Barbee said she has had so many teammates and she knows people on many of the teams she has played against.

He credited the dedication of both Walker and her younger sister, Shelby, to the sport along with the coaches throughout the years. Shelby was the starting third baseman on West’s 2019 2A state championship team.

The Barbee sisters’ father said both girls have wanted to play softball in college and it was a goal for both early on.

“They’ve had a dream, for sure,” Kelly said. “It excites me (for Walker) because her dream came true. She always wanted to play in the ACC.”

Kelly said he did not think Walker would go as far away as Pittsburgh to play in the ACC, saying the toughest part of it was her being so far.

Walker’s father also said the Pitt senior was not ready for her softball career to be over.