COVID-19 cases rise to level of ‘community spread’ in Stanly 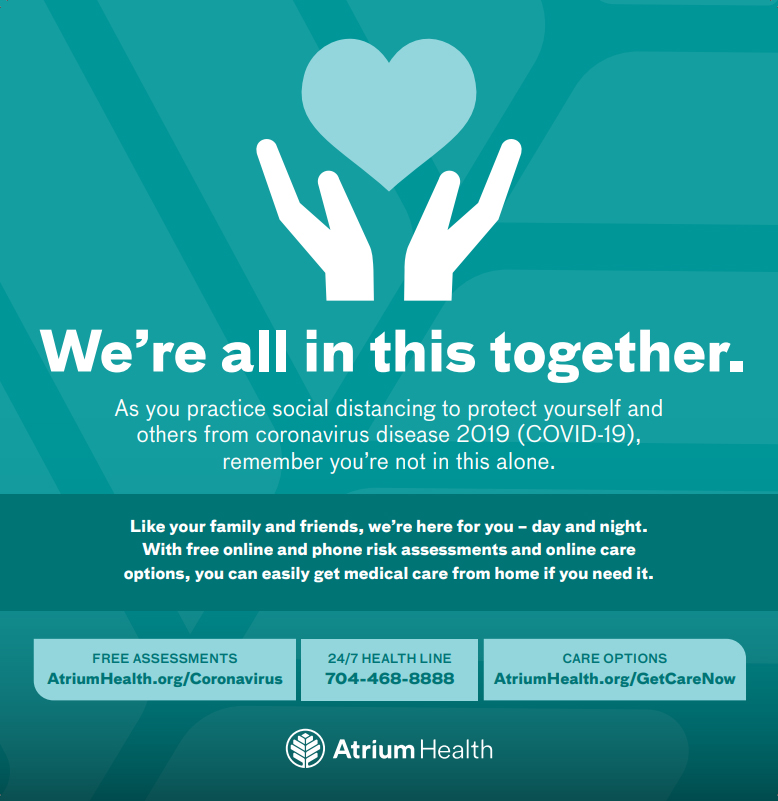 Atrium is working to spread the word of how to curtail infections.

The situation in Stanly with the COVID-19 virus has now reached a level of “community spread,” according to a county official Monday.

David Jenkins, director of the Stanly County Health Department, said he feels like there is now a community spread of the coronavirus, which he added his department “was just able to verify.”

Community spread is defined as being spread by an unknown source or being in various parts of the county.

Jenkins said he wanted to let the community know about the spread of the virus, which as of Monday morning had five confirmed positive tests.

The director said his department did not have other details on the positive tests, unlike other counties which may have databases and can report that information.

“We don’t have any way of receiving that right now,” Jenkins said.

Jenkins also said the county does not have a ballpark figure on how many tests have been conducted in Stanly.

Stanly County Commissioner Tommy Jordan said he believes when the figure rises further the less important demographic information on the spread will be since it is community-wide now.

In a press conference call Monday, Dr. Zack Moore, the state epidemiologist with the N.C. Department of Health and Human Services, spoke about local health departments.

He likened the treatment of COVID-19 information as similar to other communicable diseases such as AIDS or salmonella.

“We do have general guidance on what level of information can be shared before you run that risk of identifying an individual person, and it depends on the population size.”

Moore also said local health departments are experts in this area and are making their own decisions in terms of what is necessary and appropriate to share. Those determinations, he added, will make sure their communities are informed that they’re protecting people from getting their own individual information exposed.

The state epidemiologist added the local health departments “are the boots on the ground” and are key in the state’s response.