Making hand sanitizer for those on COVID-19 front lines 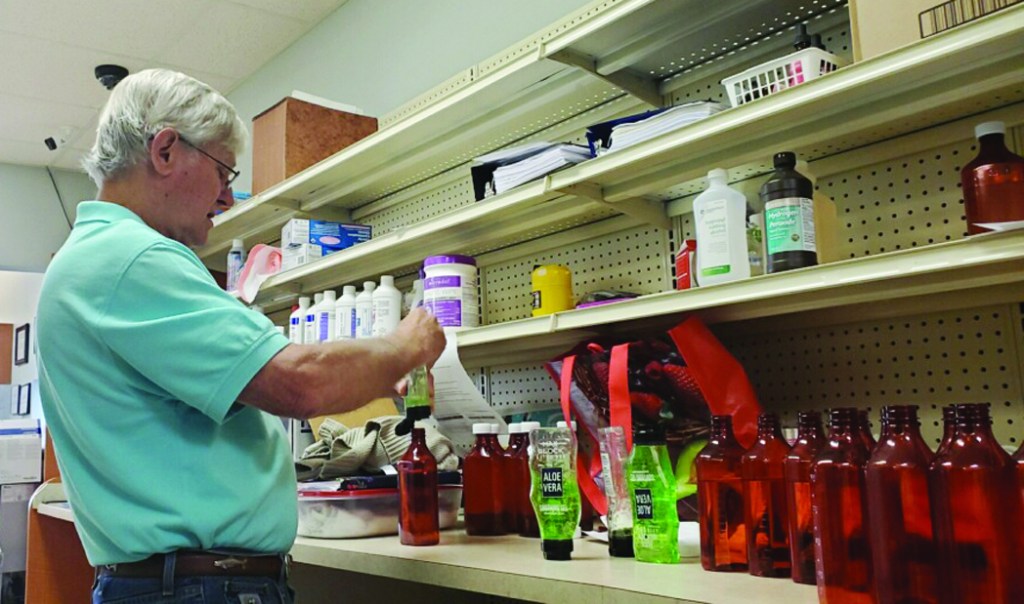 N.C. Rep. Wayne Sasser, a pharmacist by trade, mixes some hand sanitizer for the health department.

With many items in short supply to help deal with the COVID-19 virus, hand sanitizer has been nearly impossible to find on store shelves.

A few Stanly citizens got together Monday and made two gallons, or 20 pint-size bottles, of homemade hand sanitizer to donate to the Stanly County Health Department.

“We’re very fortunate that folks in the community would donate such an item especially being the supplies are so limited,” Stanly County Health Department Director David Jenkins said. “It’s something we can put to good use, especially in a clinical setting such as ours.”

The preparations involved combining aloe with a contribution of isopropyl alcohol from Shawn Hatley of Oakboro’s Aggrist, Inc., a local farmer.

“I came in to check on the health department and some others to see if there is something I could go get (for them),” Jordan said in terms of supplies. 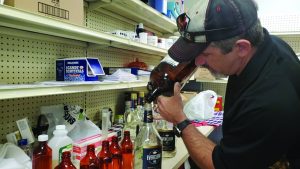 After getting gloves for the first day, the next need was for more hand sanitizer.

“They’re taking care of their patients every day. They can’t do the ‘stay-at-home’ deal because they are dealing with sick people,” Sasser said. “This is just the least thing we can do.”

Jordan said the local department does not have supplies because the state has not received its order so Stanly can not get its requisition yet.

Sasser said the state has $6 billion in various accounts with which to purchase supplies, but none are available.

“We have first responders that can’t respond to calls. We have police that are scared to respond. They don’t have PPE (personal protective equipment). They don’t have a way to protect themselves,” Jordan said. “I can’t make an n95 mask, but I can make this.”

Both thanked Hatley for the isopropyl alcohol, saying they were lucky to have a concerned citizen to contribute a needed item for the sanitizer.

Jordan talked about his thoughts on the reaction of the public to the virus threat.

“I absolutely, unequivocally guaranteed you the general population is not taking this as seriously as they need to,” Jordan said. “There’s nothing wrong with getting out a little bit. Enjoy a little bit of nature; maybe take a walk in the woods, but quit congregating…keep your social circle close.”

Sasser noted projections for Americans to die from the regular influenza nationwide are around 40,000 to 50,000, but people think COVID-19 is the regular flu.

“There’s no one that’s taken a vaccine to be immune to (COVID-19),” Sasser said. “No one has built up a resistance because it’s a new virus…if you take the amount of people out who die from the regular flu, you may triple or quadruple the number of people who will die from (COVID-19) if we don’t do something.”