It has been a rough couple of weeks for local “celebrities” and it continued late last week.

But other people become celebrities not for their political background.

That’s the two I’m going to focus on today. 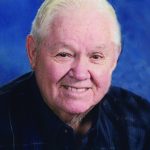 The name may not ring a bell, but, as according to his obituary, his ability to “bellow like a bull” drew attention from miles around to Huneycutt’s BP in Locust.

I knew Jerry growing up as the big guy who talked big to my dad when we’d go get a haircut at Jim’s Barber Shop next door.

I knew the other focus of this column better.

We also lost Pauline Tucker on Saturday. She was 98.

Many long-time readers of The Stanly News & Press may recognize that name. 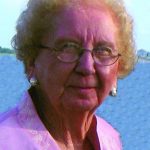 She wrote the Ridgecrest community news column for several decades, and many times my family was mentioned.

Back when she was writing, these columnists, or correspondents as we call them, they would not just include the news of what was going on in their communities.

These columns would include information on who visited whom on Sunday afternoon, back when people visited for the whole afternoon on Sunday afternoon. It would also tell who had been on vacation and where, who was getting married and who had just had a baby. (I made my first mention in The SNAP 40 years ago in Pauline’s column. I wasn’t mentioned by name, but it mentioned how proud my grandparents were, a story I’ve heard many times.)

Pauline was probably Grandma’s best friend. They talked on the phone enough for that to be true. Long before cell phones, Grandma and Pauline would have their phone lines tied up for hours. Imagine if they had texting or Facebook back then.

After Pauline’s husband died, Grandma and Grandpa became even closer to Pauline. After Grandpa died, they were still close until Pauline entered a nursing facility.

There’s no doubt in my mind that Grandma and Pauline are catching up on everything that’s happened since they’ve been apart.

Thank you, Pauline, for spreading the good news of Ridgecrest for many years.