South Stanly grad gets more time at home, on the water with grandfather 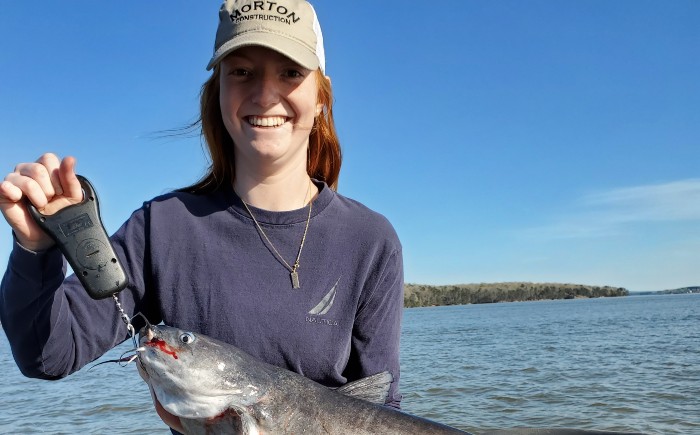 With time off from physically being at school due to the COVID-19 pandemic, one Stanly college student got hooked on a favorite outdoor sport which gave her time to spend with her grandpa. 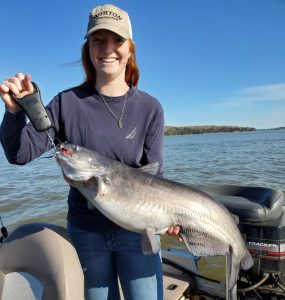 Recently, she posted a picture on her Facebook page of a 17.11-pound catfish she caught on Lake Tillery.

Faulkner and her grandfather, Eric Curlee, went out in the boat one bright afternoon in the last week of March to spend time together fishing. She said she was not really a fisherman but she enjoyed going occasionally with her grandpa.

In the last year, she said she has gone more often since her grandmother passed away in May of 2019.

“Since her passing, it’s been my goal to keep my grandpa active. It’s much easier now that I am home to get him out of the house and do something he loves,” Faulkner said.

Being more in control of her studies with the stay-at-home order, she said she will often take him lunch or dinner just to get to talk with him.

“I have missed that time we would spend chatting the afternoon away,” Faulkner said. “Now that the world has slowed down, we are able to take advantage of it.”

She said the hardest part of studying online is making herself sit down and complete the work, along with missing in-person instruction from her Wingate teachers.

After spending her day doing school work, she said fishing has been an outlet away from the computer.

“It’s a good time for me to take in God’s creation and remember He is in control,” Faulkner said.

While using a ChatterBait lure looking for bass, she cast out and had the lure drag the bottom of the lake.

“I hooked him, to my surprise, and my grandpa stopped fishing to help me get it in (the boat) successfully,” Faulkner said. “He coached me as I reeled the catfish in so I didn’t break the line.”

The big catfish was her only catch of the day, while her grandfather caught a small bass.

While not studying or fishing, she also walks her two dogs, Lady, a “hyper” 1-year-old Labrador retriever, and Peanut, a dachshund.

“It’s a lot of fun fishing for anything, but I really enjoy bass fishing. It means more than just fishing when I get to spend time with my grandpa and do something we both enjoy.”