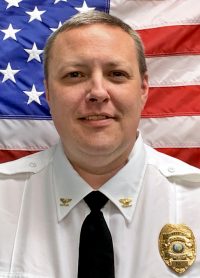 A law enforcement officer with more than 18 years of service assumed the duties this week of Badin’s police chief.

Stephen B. Smith, 42, started his law enforcement career in 2002 with the Albemarle Police Department and has been a sheriff’s deputy in both Stanly and Union counties. 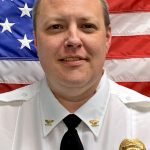 Smith has a master’s degree in criminal justice and religion and enjoys fishing and woodworking in his off-time, along with spending time with his wife, Elizabeth, and their two children.

“Badin worked from a pool of 10 candidates of police chief. Without question, five of them can or will lead police departments with great success,” Badin Town Manager Jay Almond said.

“Our selection process was meticulous and competitive. For Chief Smith, an intangible quality, fit, set him apart. Chief Smith was the candidate who best fit Badin.”

Almond said Smith’s best strengths for the job include being a well-educated, well-qualified veteran of public safety.

“(His) cooperative, personable nature and attention to detail have served him well throughout his law enforcement career. We look forward to his continued growth and the application of those strengths in our community as Chief of Badin Police Department.”

“My law enforcement career has led me to serve the public in various roles through the years, each one of which has refined my capabilities and brought me closer to being chief of police for Badin,” Smith said. “I’m humbled and grateful for the opportunity to serve the community as police chief in this beautiful, historic, lakeside town.”

Smith said community safety and security are first and foremost as he assumes his new duties. He said he hopes to strengthen the already tight-knit bonds and personal connections.

“I want to lead a proactive department that helps maintain a safe community for all Badinites and ensures it is a friendly place to call home,” Smith said.