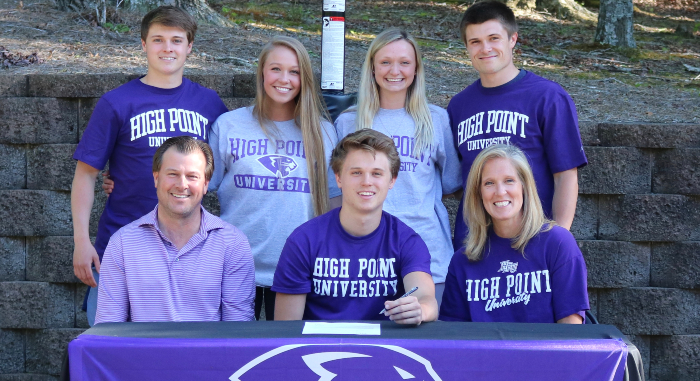 Wednesday marked the opening of the NCAA signing period for high school student-athletes to choose where they would continue their education and athletic careers.

Childress previously had verbally committed to play for High Point and head coach Tubby Smith this past season.

“He is a young man that comes from a strong basketball family. I knew his grandfather, Tom, who played at Catawba, and his (grandfather) did play collegiately as well,” Smith said. “His work ethic and basketball IQ are outstanding and he is a guy who overachieves. We are grateful that Bryson chose High Point University.”

The High Point head coach said Childress learned a lot and matured in his time at Hargrave Prep under head coach Lee Martin.

“He brings the leadership and the outside shooting,” Smith said. “He can really shoot the basketball. We are excited to have him be a part of the Panther family and I look forward to coaching him.”