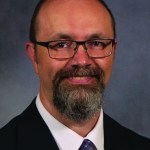 In this position, Parsons will oversee leadership and administration, the planning, development, maintenance and operation of college curriculum and non-credit programs; and provide administrative and leadership direction for all areas of Academic Affairs.

“Please join me in congratulating Jeff on his new position at SCC. Jeff’s hard work and achievements have prepared him well for his new leadership position,” said Dr. John Enamait, president, Stanly Community College. “Jeff has done a phenomenal job for the college; he has demonstrated effective leadership skills as well as the traits needed in working together with his new peers. We look forward to seeing the exceptional things that Jeff will accomplish in the future for Stanly Community College and Stanly County.”

Stanly Community College received 35 applicants for the position and the initial screening committee narrowed the field to three finalists, with one candidate withdrawing.

Zoom forums were set up to interview the candidates. Faculty, staff and the Board of Trustees were invited to participate in the forums to observe the candidates answering questions prepared by the committee and asked by Enamait.

Afterwards, electronic surveys were sent to the Zoom participants to acquire feedback on how the candidates did in their Zoom interviews and to help with the selection process.

“The feedback from the faculty, staff and Board of Trustees was extremely helpful,” Enamait said. “Many participants noted the different strengths and weaknesses of both candidates.”

His previous work experience in project management, research and strategic sourcing, from businesses and organizations such as Ingersoll-Rand, Corning Cable Systems, Philip Morris U.S.A., and the University of North Carolina at Charlotte, bring a wealth of knowledge to his new position.

Parsons is working towards his doctoral degree at Wingate University in Higher Education Executive Leadership.

He earned a Master of Arts degree in Christian Studies from Southeastern Baptist Theological Seminary in 2014 and a Master of Science degree in Mechanical Engineering from the University of North Carolina at Charlotte in 1999.

Parsons has participated in the Chamber’s Leadership Stanly program and the 2012 Chamber Membership Drive Campaign.

He was a den leader for Cub Scout Pack 82 and received the Cub Scout Den Leader of the Year Award in 2017. He is also involved in the leadership of Scouts BSA Troop 82.

He also has been involved with mission work in West Africa and South America, as well as Training Leaders International in Ethiopia and Liberia.

When not at the college, he enjoys spending time with his wife and two sons. He loves hiking, camping and other outdoor activities.