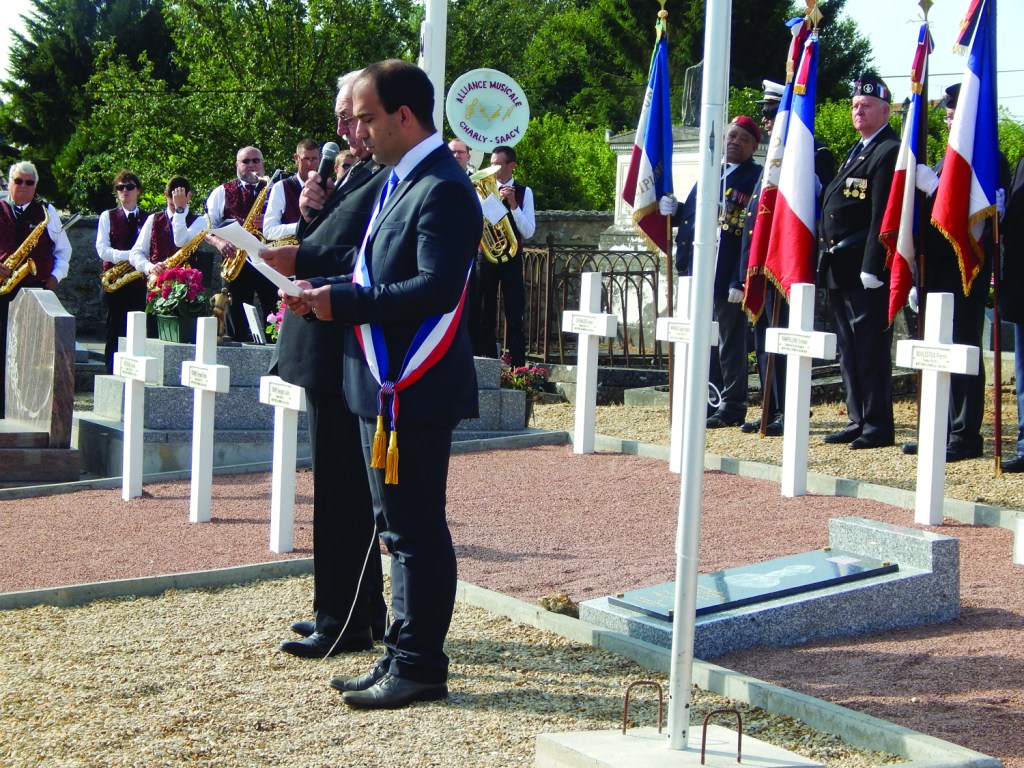 In 2015, Mayor Fabien Vallee of Jouarre, France, nearest, leads a ceremony with Claude Pottin at Military Square in the city cemetery. The town installed a memorial stone for Lt. James Paul Lowder Jr., who died while trying to liberate France in World War II. These events led to the formation of a Sister City relationship between Jouarre and Norwood.

One town in Stanly will celebrate Memorial Day by celebrating V-E Day with a sister city in France as both celebrate a World War II anniversary.

V-E Day celebrates the Allies acceptance of Nazi Germany’s surrender of its forces on May 8, 1945 at Gen. Dwight Eisenhower’s headquarters in Reims, France.

Plans this year to celebrate the 75th anniversary of V-E Day had been made by Norwood for Memorial Day, which would coincide with the inauguration of a Sister City relationship between Jouarre, France and Norwood. The unveiling of roadside signs along with a visiting delegation from Jouarre had been planned as a part of the normal Memorial Day festivities.

The genesis of the idea began six years ago when Claude Pottin, the commander of La Fraternelle, a French veterans’ organization, learned of a plane crash just outside Jouarre in a forest.

He suggested to the town’s mayor at the time the construction of a World War II memorial and information plaque to honor the pilot’s sacrifice.

Pottin later met Graham Wright, an Englishman and amateur World War II historian, while Wright was in Jouarre. Wright became interested in the project and had a friend research the crash. Upon learning the pilot was from Norwood, Wright called the local VFW post, who got him in contact with Les Young, a local historian.

Operation Mustang was organized by La Fraternelle and the town of Jouarre, which has an approximate population of 4,000 citizens.

A group of Stanly citizens, including Chester Lowder, a former Stanly County commissioner and distant relative of Lt. James Paul Lowder Jr., were present in 2015 when the memorial in France was officially dedicated by the Jouarre mayor.

After some delays for several years, Young and members of the Sister City Committee revisited the idea of becoming a sister city with Jouarre. The committee was going to officially dedicate the new signage and host a Jouarre contingent for celebrations as a part of Norwood’s annual Memorial Day celebrations hosted by the VFW.

Instead, the COVID-19 pandemic and travel restrictions related to the situation forced organizers to change plans into a virtual celebration.

Young said the local committee decided to use YouTube video programming to put together a virtual announcement of the Sister City relationship. A video is expected to be posted at or before 10 a.m. Monday.

Sponsorship of the video and celebration is shared jointly with the Town of Norwood and the town’s Veterans of Foreign Wars post, the James P. Lowder Post No. 6183.

Monday will see the people of Jouarre honor the person for whom Norwood’s VFW Post is named, Lt. James Paul Lowder Jr., who died July 8, 1944, while flying a P-51 Mustang fighter plane during World War II. The plane crashed in a forest close to Jouarre. 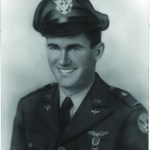 To honor Lowder’s sacrifice in helping to free France, the citizens of Jouarre honored the Norwood native with a memorial stone in the town’s cemetery. Lowder is not buried in Jouarre, but at the Epinal American Cemetery in Dinozé.

“It is our cherished hope that our Sister City affiliation with Jouarre will nurture and bloom over time into genuine collaboration with cultural and personal exchanges, virtual and in person, with mutual benefits to citizens, and especially the youth, of our two communities,” Young said. “We are aware that such collaboration must be founded on citizen initiatives and involvement.” 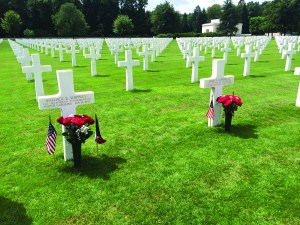 Wallace Shipplett, left, also of Norwood, is buried next to James Paul Lowder, his brother-in-law, in Epinal American Cemetery. Shipplett died six months after Lowder as a bombardier on a B-17 outside Berlin.

The Norwood Sister City poster and flyer were designed by Robert Patterson, a retired principal with Stanly County Schools.