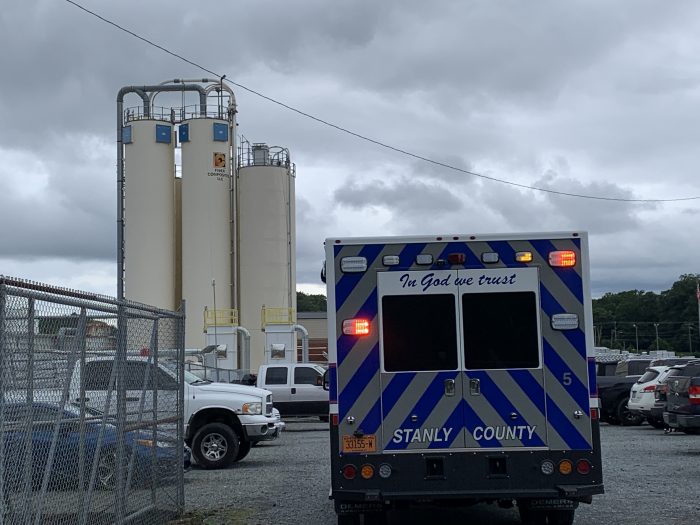 Fire officials and ambulances have responded to a fire call at Fiberon in New London. (Photo by Charles Curcio/staff)

Fire marshals and Stanly County EMS were also on the scene.

Barham said safeguards were in place to help mitigate the damage, and as of Wednesday night, no injuries occurred.

Fire personnel were still checking for spot fires saying it would be a “long process to empty the silos.”

The amount of damage can not be determined at this time, the marshal added, saying damage involved included equipment associated with the silos.